How To Fix Special Operations, According To A Former SOCAFRICA Commander 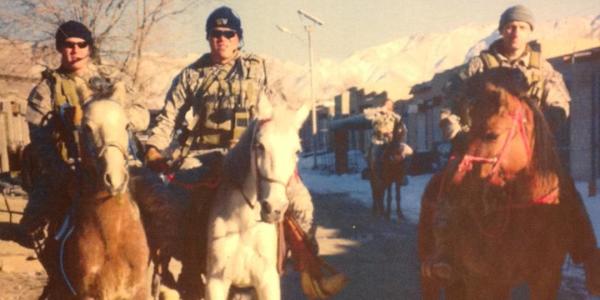 Notwithstanding the intent of Goldwater-Nichols, the SOF Reference Manuals, Congressional testimony, special operations forces public affairs comments, numerous articles, commentaries, and the SOF party line and how SOF perceives itself, most inside the SOF community know the reality of the U.S. Special Operations Command-centric counterterrorism focus and the long-term friction with the Assistant Secretary of Defense for Special Operations/Low-Intensity Conflict (ASD SO/LIC).

This leaves SOF in a precarious position and does not leverage the full capacity and capability of its SOF force structure and people. This opens up the potential for others to determine the future of the SOF organization and structure.

The following are a list of factors that have led to friction and a failure of SOF at the senior levels to fully organize for effectiveness:

The tension between SOCOM and the ASD SO/LIC

SOCOM would not exist without congressional action and Congress has paid close attention to SOF ever since. If ASD SO/LIC and SOCOM do not get their act together in terms of section 922 of the 2018 National Defense Authorization Act regarding reductions to various DoD headquarters, they are going to have it dictated to them.

Failure to implement the intent of 922 will not go well for SOF. The largest impediment is evolving around personal turf wars at the highest levels. Admittedly, the SOCOM-ASD SO/LIC relationship has had its ups and downs, but it was never one of true acceptance on how to best work together to support the SOF mission, our SOF people, and their families. This will be a tough fight because the closer you get to the truth, the harder and more vicious the fight.

I have witnessed this in a variety of command and staff positions in SOF, including two assignments in DDSO and one assignment in ASD SO/LIC. Predominantly, this is evidenced by the expansion of SOF missions and demands. Civilian oversight of SOF must be strengthened and elevated within the DOD structure to improve and increase the authority ofASD SO/LIC.

SOF’s contribution to the DoD enterprise warrants its own place to ensure personnel, logistics, funding, programs, requirements, and that R&D; is better optimized and integrated to effectively conduct oversight and alleviate Congressional concern. The option to create an undersecretary position and merge appropriate structure such as the Undersecretary for Special Operations and Intelligence is very supportable and can be done quickly and internally under DoD authority. This will comply with the NDAA and prevent additional legislation to make it happen.

Turf wars and the egos

It is contrary to any combatant commander or service chief to agree to a redesign of their organization. They always default to the position that no new change is needed, offering instead options to grow their current organization. As such, they seek to increase their organizational authority, believing that no new external requirements would help them execute their responsibilities more effectively. As a retired senior officer noted to me once, the reality is that turf wars and ego always diminish a higher purpose and vision.

Band-aid solutions will not work. We must accept the hard and tried truth that turf wars and ego will prevent progressive organizational change and growth. The question is: what does America need in its special operations forces to support national security and how do we properly organize ASD SO/LIC and SOCOM to meet those requirements?

Admittedly, the SOCOM-ASD SO/LIC relationship has had its ups and downs, but it was never one of true acceptance on how to best work together to support the SOF mission, our SOF people, and their families

Our current structures and organizations may not be the best way to do that, but we must step back and ask the hard questions about what America needs these organizations to do and what change must occur for the benefit of SOF.

As former Chairman of the Joint Chiefs of Staff Gen. David Jones discovered when dealing with disagreeable service chiefs in his efforts to reorganize the military under a joint operating system, the military will not fix or change itself. This must be legislated. There is a requirement today to develop legislation that governs SOF and makes its organizations more functional and responsive to the current and future national and geopolitical environment.

Focus on a counterterrorism mission

It has been my personal experience in SOF that the special warfare missions have always taken a back seat to the counterterrorism mission. This becomes clear in the selection of leaders, the value of CT assignments over other SOF assignments, funding, tier level priority, and resource support. SOCOM has the best surgical strike capability in the world, but it needs to prioritize and resource special warfare capabilities more equitably.

Effective special warfare is characterized by deliberate employment, long-duration actions and activities, relationship establishment, development, and sustainment and is considered the long-term solution in supporting the COCOMs. It has been said, by SOF senior leaders (in general terms), that less than 10% of what SOF does is CT and 90% is other SOF missions and activities, but organizationally, SOCOM focuses 90% of its attention on CT. They have also said, that SOF can “kill or capture” to success.

SOF has become synonymous with counterterrorism, and this has caused confusion and puts SOF in a precarious struggle with itself and its own identity. You see this in every area of SOCOM, from assignments, talent management, programs, and R&D; to how it chooses its senior leaders, and in who gets to command SOCOM. Under current leadership, if SOF is left to SOCOM's devices, is going to come up on the short end of the stick by going all in on the CT mission that has short-term effects and does not contribute to solving long-term problems.

“The CT mission is already losing priority and visibility at the White House and this is going to trickle down to SOCOM, as one retired senior officer told me. “This is why civilian oversight is important and this is what concerns Congress. There is a belief that the entire 'SOF enterprise' is not being adequately represented, nor are there resources for the full range of Title 10 Section 167 SOF activities.”

SOCOM’s methods in Washington, D.C. are a concern of senior leaders in the Pentagon, in the COCOMs, and across the interagency. You can say this was born of necessity due to their view of themselves, keeping primacy over ASD SO/LIC in this area, their mission, and a requirement for keeping people informed and getting approvals for what they wanted to accomplish.

This has led to transactional relationships, not enduring relationships. It has led to a level of mistrust and a belief that “SOF is out of control,” which breeds animosity.

SOF has become synonymous with counterterrorism, and this has caused confusion and puts SOF in a precarious struggle with itself and its own identity.

As a former ASD SO/LIC told me, “one of the things I found most interesting in my tenure … is the fact that the SOF enterprise does not understand the human terrain in our nation’s capital. The enterprise may be masters of the human terrain abroad, but it misses the mark in D.C. Don’t get me wrong, they have had successes in this town, but I would argue those successes were a fraction of what they could have had.”

The single biggest impediment to enhanced success in this area is SOCOM’s go-it-alone attitude and lack of recognition that the ASD SO/LIC would have been more effective at ensuring the relationships in Washington were they actually enduring and not just transactional. Enduring relationships are what make Washington work. A rethink on how SOCOM engages in D.C. should be a central part of any restructuring.

Bolduc briefing U.S. forces ahead of a mission in AfghanistanCourtesy of Donald Bolduc

Current leadership decision-making is hurting SOF and is rarely talked about, but it remains hugely important to the future of SOF. Organizational nepotism, advocacy-based promotion, and a go along to move along style perpetuate the senior leadership club. If you are not a Joint Special Operations Command senior leader or sheep-dipped in a JSOC assignment, you are automatically limited in your progress as a leader. We are promoting our senior leaders from a self-limiting pool and promoting them too fast.

Recent promotions in Army Special Operation Forces are examples: they are not getting the right assignments or staying in their assignments long enough to gain the necessary experience before they take command, and this can also be seen in some Theater Special Operations Commands assignments. In some cases, at the TSOC level, being effective is not a criterion for promotion. The promotion of those in their own image rules the process.

The most absurd thing in this process is that senior leaders get together and reason among themselves who stays, who goes, who gets selected, and who does not. They further reason they have a great process. Most of us are more surprised by who does not get selected than who does.

“With a secure place in the Admin chain of command, ASD SO/LIC should coordinate with the services to develop promotion board precepts to ensure the correct leadership balance is achieved,” a former ASD SO/LIC told me “Clearly, left to its own devices, SOF as an enterprise can use assistance in protecting themselves against themselves.”

Please do not misunderstand me: SOF has some great senior leaders. But the selection, assignment process, and talent management of our general officer/flag officers in SOF must be fixed. This is evident in what I hear from many 0-6s, 0-3s, warrants, NCOs, and civilians. It is also echoed by those that work the personnel and assignment side of the house. They know the reality.

After 32 years of active duty service to his country in which he received 2 awards for valor, 5 Bronze Stars, 2 Purple Hearts, led ten deployments, and survived a bomb blast, numerous firefights, and a helicopter crash, General Donald C. Bolduc, former Commander, Special Operations Command Africa, has hung up his fatigues to take on perhaps his most important and challenging mission of advocating for the treatment and shedding the stigma of PTS, TBI, pain management and sleep disorders, both from within the U.S. military as well as for Veterans and the general public.