One Reason That George Washington’s Military Orders Were Effective

In June 1775, George Washington, appointing Maj. Gen. Philip Schuyler to a major command, gave explicit instructions about what he … Continued 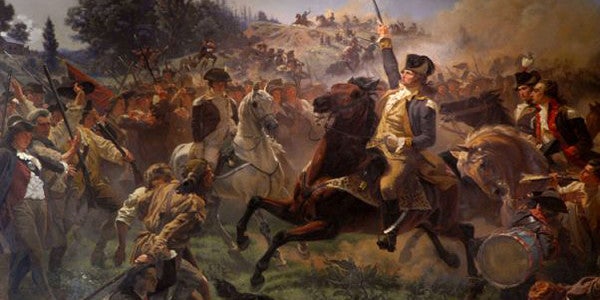 In June 1775, George Washington, appointing Maj. Gen. Philip Schuyler to a major command, gave explicit instructions about what he wanted Schuyler to do and to try to do: “You will be pleased also to make regular Returns once a Month to me and to the Continental Congress (and oftner as Occurrences may require) of the Forces under your Command—Of your provisions, Stores &c.; and give me the earliest Advises of every piece of Intelligence, which you shall judge of Importance to be speedily known.”

But he also made it clear that there were things that Schuyler would have to decide for himself: “Your own good Sense must govern in all Matters not particularly pointed out, as I do not wish to circumscribe you within too narrow Limits.” That seems to me a good example of a kind of mission command. (Though not entirely, as Washington is not really clear on his intent in the letter.)

He even wanted a mission command spirit in his staff aides. “It is absolutely necessary . . . for me to have persons that can think for me, as well as execute Orders.” (On the staff side, this may also have had something to do with his relative lack of education.)

So then I searched on Washington’s use of “good sense” and was struck by how often he used it in instructions to subordinates. The more I learn about George Washington, the more I admire him. I really think he was brilliant, in his own quiet, even plodding, way.