How does the old joke go? “Nostalgia is heroin for the middle class.” Which explains why recent war-related fiction and... 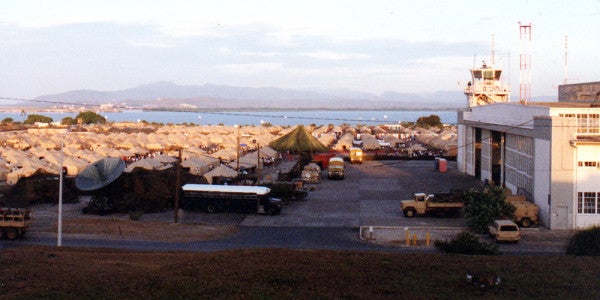 How does the old joke go? “Nostalgia is heroin for the middle class.” Which explains why recent war-related fiction and nonfiction feels so punishing, the opposite of a relaxed, stoned haze – it is hard to get nostalgic about events still beating you on the head. This well-meaning literature gives a limited perspective, can’t reflect on the way life used to be.

No wonder today’s military is battered, bitter, and tired; how can anyone function in this rotten world if they can’t ever score a fix from the past, to dull the pain of the present? Anybody who joined up on Sept. 12, 2001, could be a First Sergeant or Lieutenant Colonel by now, but even with all that time and experience, they can’t look back at the “old Army” with rose-colored glasses. For them, it’s always been this Army.

No nostalgic entertainment comes from books about today’s wars, vainly trying to make sense of it all. Vietnam books are no better – reminders of unlearned lessons. World War II? Silly fables of clear-cut victory and “unity.” In 2018, we can’t even agree that Winston Churchill was a hero.

So turn to literature about the Old Military, pretend you served in the grimy late-’70s, the dedicated ‘80s, the high-flying ‘90s; simple times, problems containable, failures shrugged off when stakes are low. Even Desert Storm always felt like an adventure, not a cataclysm.

A couple years ago, mystery author Nancy Simpson invited me to recap memories about my deployment to Guantanamo Bay Naval Base – not to the prison camp that everybody knows, but to the 1991-92 Haitian refugee crisis that nobody knows. She was writing a book, a mystery featuring a Navy NCIS agent, and needed first-hand accounts.

Since I love to wallow, her invitation was the nostalgic equivalent of a three-day Vegas bender with a bag of coke in one hand and a hooker’s phone number in the other. Simpson had credibility: a couple books, and published in Best American Mystery Stories. So I told her tales of GTMO, sent some old pictures, gossiped about all those years ago; she took it from there.

Her book’s now finished – Guantanamo Death Investigation: Camp Kreyol. No character is based on me, but stripped of my nostalgia, my memories became something clarifying and clear-headed. A genre potboiler mystery, sure, but neatly capturing the atmosphere of the 1990s military, serving time on one of the Cold War’s last frontiers.

Guantanamo Bay, Cuba is a literal frontier – almost as far from Havana as possible, and in 1991, a good spot to set up tent cities to house thousands of Haitian migrants fleeing across the Caribbean Sea, trying to get to Florida in the months after the overthrow of President Jean-Bertrand Aristide.

Simpson’s protagonist, Naval Criminal Investigative Service agent Fran Setliff, has been sent to Guantanamo for the perfect 1990s military crime – travel voucher fraud and adultery. She’s instead dragooned into posing as a “behavioral specialist,” non-suspiciously interviewing female Haitian migrants about strange behavior in the camps. After that, the story spins in a variety of directions.

The plot doesn’t really matter. Readers will connect with it because of the vibe.

What Simpson does well is recapture the simplistic professionalism of that era. The work was hard – but life usually wasn’t. Her characters tackle mundane controversies, and Simpson’s dialogue shows their frustration as a basic, clear-cut assignment begins to spin out of their control. That’s applicable to today, but without the moral injury that modern-day military characters wear like a hairshirt.

Not all the officers are heroes to be sure, but surrounded by literature that barrages readers with incompetence at the highest levels, it’s nice to see a few commanders who deserve their rank – even when they fail.

If you do pre-research into the subject matter, it won’t be a spoiler to say that a Haitian camp descended into a violent riot, which is part of the plotline here. The riot’s effect on the real-life career of Joint Task Force Commander Marine Brig. Gen. George Walls is unclear, but Simpson’s fictional Brig. Gen. Bucky Yestin accepts that the collapse of the tent city is probably the end of his.

Even when the officers make semi-villainous decisions, they make sense. It reminds a reader of the compromises and bad choices that good leaders must make.

It was equally refreshing to see the junior enlisted – the annoying warrior-poets of many recent narratives – as the venal schemers they so often were in real life. Simpson’s “Betty Kominsky,” an Army journalist, presents a fine portrayal of the conniving, devious mindset of a 1990s E-4 – lacking her 2018 counterpart’s high-minded moral shame, or constant urge to commit war crimes.

Obviously, modern war stories feature soldiers like Kominsky and Yestin. That’s not new. It’s 2018’s regrets, self-righteousness, and morals that every war story pummels us with, which feel so suffocating. That is, gratefully, not here.

I suppose maybe it should be – after all, these were tent cities full of refugees. As Yestin said in the book and Walls said in real life, “They gave me concertina wire to border the camps. If I had white picket fences, I’d put up white picket fences.” That statement wasn’t true then, and it still isn’t.

“Not all the officers are heroes to be sure, but surrounded by literature that barrages readers with incompetence at the highest levels, it’s nice to see a few commanders who deserve their rank – even when they fail.”

Still, without Bin Laden’s ghost haunting every page, Simpson’s plot twists can be appreciated as simple entertainment. Sure, the storyline demands a few hard-to-accept events – Simpson shifts the narrative to “mainland” Cuba in a way that’s a little unlikely, but she moves the action so fast that the reader doesn’t question the implausibility. Without cell phones or social media, characters make decisions in a vacuum (they do have walkie-talkies), which gives Simpson room to maneuver that present-day mysteries don’t always have.

I’m not objective, even if the narrative is only slightly connected to my real-life experiences. But Simpson’s descriptions ring true – the banana rats, the North East Gate, the riot, the way the road crested a hill to the McCalla airfield full of tents from end-to-end. If you’ve been there, it brings you back; if you haven’t, it’s a hint of what it was like.

I don’t endorse Guantanamo Murder Investigation because my memories gave Simpson some ideas. I’ll endorse it like Robert O’Connor’s underrated Buffalo Soldiers, with its cynical – but fun – look at a King Rat-style soldier in 1989’s Germany, running scams and getting into lots of trouble; or Martin Limon’s Sueno and Bascom mystery series, taking the reader to 1970s South Korea, before technology and modernization obliterated that country’s once-gritty vibe – with the villes, the bar girls, the ration card schemes. Let’s say that a naïve young soldier stationed there even in the late-‘80s might as well have landed on the moon.

Simpson, Limon, O’Connor bring readers back to the good old days of Empire, when life was simple. The villains were obvious, the crimes self-centered.

I enjoy these books because I’m tired, not all the time, but some of the time, of books begging that I care, demanding my anger, reminding me that we all failed.

Sometimes, I want literature to get me stoned on nostalgia about the Old Army – when you starched your BDUs until they could stand up on their own, slurped coffee at quiet backwaters like Fort Belvoir or Fort Gordon, and knew full well the Soviets were never coming through the Fulda Gap. Anyway, Russia didn’t need the Fulda Gap into West Germany – turned out the nerds built them a goddamn superhighway right into the Beltway.

But there I go again, one more loudmouth, tacking on that moral to the story.

Nathan Webster reported from Iraq from 2007-09 as a freelance photojournalist. He is an Army veteran of Desert Storm. He has been published in a variety of venues.