Are Honor Flights Actually About Making Us Feel Better? 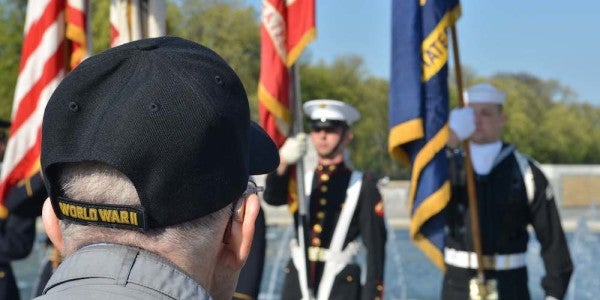 The other day as I passed through Ronald Reagan Washington National Airport, I saw an Honor Flight group deplane. In this instance, it was 187 Korean and Vietnam vets flying into D.C. from Appleton, Wisconsin, to see the memorials and generally take a last lap of honor.

Passengers hurrying to their departure gates paused to clap. I think I even saw one businessman wipe a tear from the corner of his eye. It was straight out of a Budweiser commercial.

Fine, as far as all that goes. I agree with the impulse to demonstrate gratitude, especially toward vets of Korea and Vietnam.

But what worries me is that this sort of ceremony falls into the category of momentarily honoring older vets while ignoring newer ones, and the ongoing wars in which they fought, most of the time. In other words, are we doing this because it is the right thing to do, or because it makes us feel better? If we really cared, would there be as many homeless vets sleeping in Walmart parking lots?

What I mean by that is that, as a nation, we have offloaded our wars of the last 17 years onto 1 percent of the nation. We have put them through repeated rotations, giving them far more exposure to days and months of hypertensive, adrenaline-pumping situations than any World War II vets underwent. We know from World War II what 150 days of combat exposure does to the human mind. We really don’t know what 2,000 days of worrying about mortar fire and roadside bombs does. But we are finding out.

So, are Honor Flights what we do in order not to pay attention to what is really going on? The more applause I hear in airports, the more suspicious I become. As Phil Klay writes in the May issue of The Atlantic: “America as a whole chooses to express its love for its military in gooey, substance-free displays, our military waits, perhaps hopelessly, for a coherent national policy that takes the country’s wars seriously.” (Klay also had a piece in the Sunday New York Times that I also would quote, but it quotes a guest column that ran here by Mackenzie Wolf, so that would be too circular.)