How To Find Meaningful Work After The Military: Focus On Teamwork

Here's the 20th and final entry in our contest about finding meaningful work after leaving the armed services. I’ve really liked... 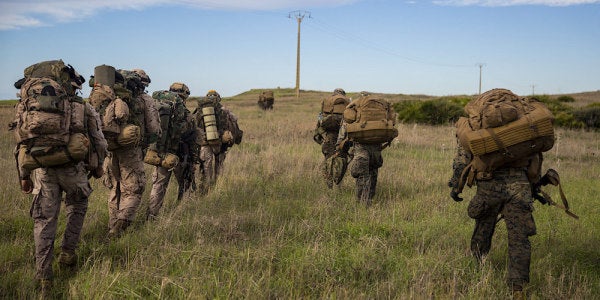 Here's the 20th and final entry in our contest about finding meaningful work after leaving the armed services. I’ve really liked these. I’ve learned some things. I hereby declare every entry a winner. Thank you.–Tom

The military is a team sport, not an individual sport, and the lowest echelon of this team is the two-person team. While the specific nomenclature of this two-person team can sometimes differ by service branch; battle buddy, shipmate, wingman, or simply brother/sister, these are all byproducts of our fixed, collective, and ‘we’ based military culture.

I had a team once, my battle buddy. We looked out for each other, whether in combat or in garrison. My battle buddy always ensured that I knew one thing no matter what: ‘I’ve Got Your Back.'

Upon separation from active duty, I had a hard time finding a new battle buddy right away. I had been severed from the daily collective military culture and bond of the two-person team. I could not re-create this bond, but I did find a way to re-connect to it by encouraging myself to find parallels. A parallel can be seen as anything in life that is similar in comparison. Some people say that good parallels have interwoven components of metaphors, analogies, or allegories. I like to simply see them as healthy and positive tools to help ‘re-frame’ your life focus in a new light or perspective. A parallel does not necessarily have to take the form of a physical person or individual. Some possible parallels might include:

I’ve involved myself in many of the above parallels. Perhaps you have similarly engaged in some, or have found others that I did not mention.

Involving yourself in as many parallels as possible can help recreate the collective ‘we’ based culture we all lose when we separate from the service. It is likely not possible to fully recreate in civilian life the same battle buddy, shipmate, wingman, or simply brother/sister that you had in the military. However, what is fully achievable is finding healthy positive parallels that can re-create a similar sense of community connection where somebody or something is telling you consistently: ‘I’ve Got Your Back.’”