HUMINT Isn’t Dead, It Just Smells That Way. Time For Us To Learn From the Past

In June of 1960, KGB officers shot Pyotr Semyonovich Popov in the back of the head after he was abruptly... 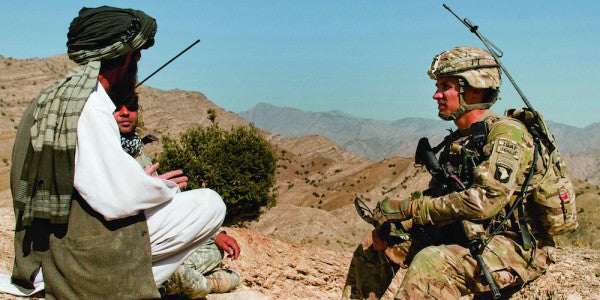 In June of 1960, KGB officers shot Pyotr Semyonovich Popov in the back of the head after he was abruptly recalled from East Berlin to Moscow. Formerly a field-grade officer in the Main Intelligence Directorate (GRU) of the Soviet military, Popov was the CIA’s most valuable Human Intelligence (HUMINT) asset during the Cold War, providing hundreds of millions of dollars’ worth of military intelligence and the names of over 600 Soviet agents. Despite his invaluable contribution, however, the CIA missed vital clues left by Popov after his arrest by the KGB in 1959 and subsequent use as a double agent. Why did the CIA fail one of its most important sources? Whether through ignorance or complacency, Popov’s handlers had simply become accustomed to the ease of operating with the same seemingly-secure tradecraft that had served them so well in the past.

Media outlets recently reported that at least 30 of the CIA’s Chinese intelligence assets were executed during a two-year period from 2010 to 2012. Representing a staggering blow to intelligence collection in that country, a CIA special task force determined that the network was brought down by Chinese penetration of an interim encrypted digital program that allowed remote communication between case officer and source over the Internet. So why did the CIA fail its Chinese assets here? The answer is the same as it was in 1960: case officers’ overreliance on seemingly-secure tradecraft that had previously served so well.

As a former HUMINT collector, I am no stranger to the mocking cries of Signals Intelligence (SIGINT) collectors claiming that HUMINT is dead. Given the relative timeliness and ease with which SIGINT can be collected in a technological era, I think many case officers feel the same way. Why risk life, limb, and foreign imprisonment when we can simply listen in on cellphone calls or have critical information sent to us online? But as counterterrorism expert Jeffrey Norwitz points out, “HUMINT provides an otherwise unattainable window into the personality, emotional makeup, and innermost secrets of those who are being targeted for influence operations.” This intimate view is what separates SIGINT from HUMINT. It is also why, despite technological advances, there will always remain a need for HUMINT operations.

Ideally, the best outcome is a fusion of these two intelligence collection platforms. SIGINT provides additional asset validation, corroboration, and vetting capabilities to HUMINT operations. HUMINT likewise delivers access to critical information sought by SIGINT collectors, be it burner cellphone numbers or onsite confirmation of SIGINT information. But the usefulness of this symbiotic relationship and the expediency of SIGINT should not blind HUMINT collectors to their most pressing task: maintaining the safety and security of their intelligence assets who risk life and limb to deliver critical information.

The limitations of technological collection means should be clear, with new technologies rapidly being developed to neutralize source operations and internal threats like Edward Snowden compromising sensitive collection efforts. But the CIA’s operations in China reveal that it has turned a blind eye to these recurring issues and their failures in the past. Case officers must bear the burden of source security and cannot cede that obligation by wholly depending on technology. Instead, they need to find creative tradecraft solutions to our modern world, reject complacency and overreliance on “secure” communications methods, and ensure that America has the intelligence it needs to protect a safe and free world.

Caesar Kalinowski IV is a ten-year veteran of the Marine Corps with special operations and intelligence deployments in more than 30 countries, including the Middle East, Southwest Asia, and Southeast Asia. He now resides in Seattle, where he practices law and writes about First Amendment, national security, and technology issues.