We read every day about the new strategy, plans, and programs to build our defense and how much they will … Continued 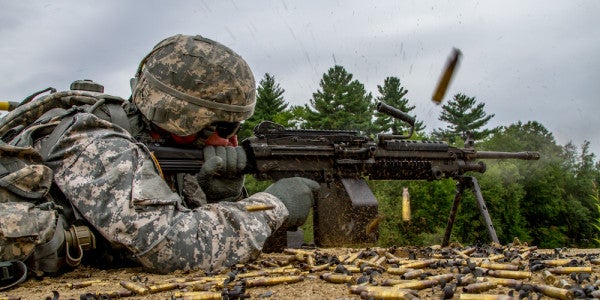 We read every day about the new strategy, plans, and programs to build our defense and how much they will improve our combat competency. Defense Secretary James Mattis recently announced a major new initiative, the creation of the Close Combat Lethality Task Force, to examine how to make our leading edge combat elements much more lethal and effective on the battlefield.

Concurrently, the Army announced that from now on, all promotions to SGT E5 will be done on a centralized basis, rather than decentralized.

These two divergent actions only dramatize how far our Army senior leaders are from reality. Mattis’ initiative may provide the infantry squads with the best technology on the battlefield, but the Army’s initiative will all but ensure the using squads are at a deficit, potentially significant, when it comes to leader competency.

Since the Korean War, there has been an unfortunate tendency to centralize tactical decisions in order to “reduce risks” and to parallel that trend with administrative centralization regarding all manner of personnel actions. The decision to centralize SGT E5 and SSG E6 promotions is the latest example of this unfortunate trend.

The ultimate effect of this direction, is that the key strategic weapons system we hold as a nation, the infantry squad, is further denigrated and ignored–though of course the decision-makers would vehemently deny that. This decision only underwrites the proof as to how far from battlefield reality they truly have come.

S. L. A. Marshall, Chief U.S. Army combat historian of WWII and the Korean War, said that all combat is small unit. Thousands of troops may be deployed for a major strategic objective, but the determination of the outcome,rests upon the actions of the smallest elements on the battlefield, repeated manifold times.

I have participated in infantry close combat with Ranger, Airborne and plain Grunt elements since 1965. I have been mentored by NCO’s and officers from previous wars. Without exception, they have all emphasized the necessity for focus on the small units within the larger multi-echelons. If the Squad Leader fails, the generals may well fail also. It is an immutable battlefield truth: Good small units underwrite victory. Bad units foster embarrassment and disgrace.

This image shows what will or will not permit the “new” grand plans and programs to succeed or fail. It is called a squad and has been the basis of our Infantry success since time immemorial. The squad is the bottom firm foundation of our fighting forces and the ultimate determinate of our force projection. A point leadership at all levels should acknowledge and understand.

The squad is the most important and the most neglected of all military organizations. Its composition and significance is noted but rarely supported to the level deserved. It suffers from choices made by vastly higher decision makers. Tanks, planes, ships, and exotic emerging combat systems win in the allocation of time and money. Yet, despite the deficit, this lowest of all elements on the battlefield, the squad somehow manages to clear the village, take the hill, and hold the ground-or not.

Secretary Mattis’ lethality study, in essence, is a study of what Infantry squads carry and the effectiveness of same. While the Army and Marines will distribute whatever technology is derived throughout the force, it is their infantry squads that will produce the ultimate Holy Grail of combat competency-or not.

T.R. Fehrenbach in his seminal book on preparing for combat and the effect of losing proper focus, This Kind of War, highlighted the trend to “power up” and reduce the authority of lower level tactical leadership: “Soon battalion commanders led platoons, and general officers directed company actions, for the loss of one patrol could ruin the career of a colonel. In one way, it was an efficient system. It worked, for the lines were stable, and no senior officer had enough to do. But the damage done to the Army command structure would be long in healing. If a new war came someday, there would be colonels and generals—who had been lieutenants and captains in Korea—who had their basic lessons still to learn.”

If we were to draw a diagram of all the components of National Defense, it would be an inverted pyramid with the infantry squad on the very bottom. Without it, almost any projection of power becomes either irrelevant or lacking in credibility from the other side’s view. Yet, we continuously denigrate it by ignorance of its requirements, because most seniors do not understand it–until we go to war and live with the quality or lack thereof, of our Infantry building blocks.

A squad, and its core leadership, despite its appearance, is a holistic weapons system. It must have the best weapons available, the best human load-bearing gear, the highest quality combat leadership available, the best organizational training obtainable and the highest level of individual training possible. Any deficiency in these areas results in a higher level of operational risk, as well as a higher number of casualties. Most all of the mentioned requirements, save one, are beyond the ken of the rifle company to effect. And that is–SGT E5 selection–the common Squad Leader rank by necessity, MTOE notwithstanding. Now taken away to a centralized system largely devoid of the human equation in selection.

Historically, squad training and squad “stuff,” is decidedly unglamorous from a leader viewpoint. It is simply something to pass through quickly to the fun stuff such as battalion or brigade maneuvers or everything but basic fundamental trained to standard Infantry work. This is due to a variety of rationale ranging from higher priority competing needs, to a dearth of the most important resource a commander may have-discretionary time. Careers are not made by squad training, except on the field of battle where the conscientious commander enjoys the success that he has underwritten with significant emphasis and resourcing for those usually ignored fighting elements.

A poorly trained amalgamation of squads-called platoons, companies and battalions, enters direct kinetic combat, nation-building or Mission X , at a very high risk. It will suffer unnecessary casualties, make bad choices and create a very unhappy picture for both the non-combatants and the command. Commanders, even at Company and Battalion, in the heat of combat, cannot direct their squads, cannot make decisions for the squad leadership and cannot personally supervise them, hard as they may try. Squads will perform based on its internal qualities or lack thereof.

Only in combat is this truth recognized as a matter of course. Prior to actual closure, the squad is simply part of a larger whole-a whole that has many parts, each competing for attention. Commander’s internally make a judgment as to what will or will not improve their personal standing and squads rarely compete.

Because the squad is composed of people with things (as Secretary Mattis correctly recognizes), it has a soul and a mutually gained purpose. Cemented by an indestructible bond of brotherhood, a high performing squad consistently overcomes obstacles, friendly or enemy, to achieve its assigned purpose. Internal to its ethos, it literally succeeds, or dies trying. It closes with and destroys any enemy, anywhere, any time. It is truly the pearl without price. This ought to be recognized.