What Does John Kelly’s Exit from The White House Mean For The Military?

News of retired Marine Gen. John Kelly‘s departure as White House chief of oozed out over the weekend like toxic slime. … Continued 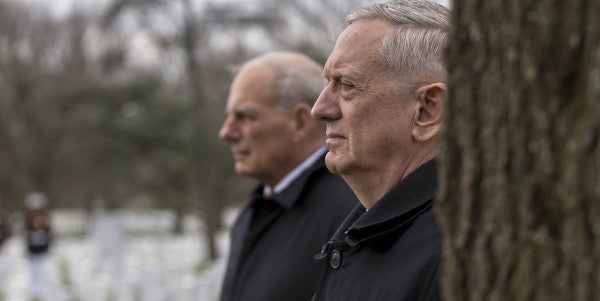 News of retired Marine Gen. John Kelly‘s departure as White House chief of oozed out over the weekend like toxic slime. What does it mean for the military?

Nothing good, I fear.

First, it means that there will be one less voice around Trump that speaks with understanding about defense issues, and is willing to speak up when Trump misunderstands something or makes a false assumption. That’s not good. It makes me more worried especially about North Korea, an area where Trump seems to think he knows what he is doing.

In my dealings with Kelly, years ago, I found him to be a tough-minded realist. (He seems to have unleashed his inner right-winger since then, but I never saw that.) The next White House chief of staff is likely not to be as savvy — and also almost certainly will have less military experience than Kelly. The leading candidate until Sunday was Pence chief of staff Nick Ayers, whose closest brush with wearing a uniform was being taken in by the Georgia State Police on a DUI charge. (He reportedly declined to do the breathalyzer thing and got the charge reduced to reckless driving. He also made sure the trooper knew that “I’m the governor’s campaign manager.”)

Second, it means that the Marine Corps’ stranglehold on the top of the U.S. military establishment is loosening. The Corps is losing an alumnus at the White House, and at almost the same time, Trump announced in a tweet that the current chief of staff of the Army, Gen. Mark Milley, will succeed Marine Gen. Joseph Dunford next year as chairman of the Joint Chiefs of Staff.

Third, and perhaps most importantly, it places a question mark over the future of James Mattis, a third Marine, as Secretary of Defense. He’s had a good ally in Kelly, his former subordinate in Iraq, so his job is probably about to get tougher. And in my experience, SecDefs begin to burn out in their third year, into which Mattis is heading. At some point, going home to that food bank in Richland, Washington, may become too strong a lure to resist.