Was ‘King Kong’ A Metaphor For The WWI Experience Of The American Doughboy?

I don’t think so. But, hey, I am not a film expert. But someone who is argues that old King... 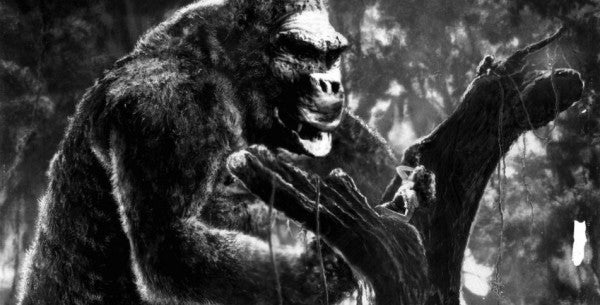 I don’t think so. But, hey, I am not a film expert. But someone who is argues that old King Kong was just that: “Helplessly exposed atop the Empire State Building and at the mercy of airborne machineguns, Kong resembles a doomed soldier caught in the murderous open space of No-Man’s Land.” (P. 220, January issue of “The Journal of Military History”)

There’s more. The expert in question says that “the sometimes visage-shattering wounds that soldiers received from artillery during the First World War helped give rise to the monster-movie craze of the 1930s, with its emphasis on deformity and masks.”

I dunno, maybe he’s right. In a similar case, I’ve always thought that the Jeff Goldblum remake of The Fly was really a metaphor for the emerging AIDS epidemic. It came out in 1986, the year the term “HIV” was coined.