In Defense of Liddell Hart’s ‘Strategy’

B.H. Liddell Hart is considered by some to be the Clausewitz of the 20th century, and his most important book,... 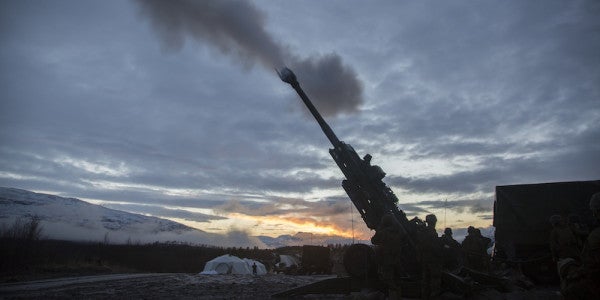 B.H. Liddell Hart is considered by some to be the Clausewitz of the 20th century, and his most important book, Strategy: The Indirect Approach, is recognized as a seminal work of military history and theory. It is widely studied in elite military institutions the world over for an understanding of the higher direction of war. Liddell Hart in this book stressed movement, flexibility, and surprise as cardinal elements of victory, which even now remain relevant to the conduct of war.

Through a systematic review of every major conflict and a detailed analysis of both world wars, he attempts in it to prove that all major victories are achieved through the use of the “indirect approach.” He believed that the indirect approach has a much wider application, that it is a law of life in all spheres, indeed a truth of philosophy. He saw that in most military campaigns dislocation of the enemy’s psychological and physical balance is a prelude to victory. This dislocation, in his assessment, results from a strategic indirect approach which is cost effective and result oriented.

The essence of Strategy is to strike by fire alone at the greatest number of points in the shortest time over the widest area and without even making contact in the present tactical sense. The meaning of this indirect approach has been stretched to accommodate such a wide range that it becomes a self-fulfilling prophecy—that is, almost anything except a frontal assault can be labeled “indirect.”

Despite the passage of many decades since the publication of this book, it has remained relevant to most military situations and to an extent to all situations. It's precepts that effective results can be achieved through indirectness to undermine the military effectiveness of the adversary give a vision of the most cost-effective strategy. The indirectness has usually been physical and always psychological. Liddell Hart concepts when delved for a wider applicability are relevant to business, to relationships, to conveying ideas, and much more.

Indeed, I would argue that contemporary concepts of warfare, such as “ Hybrid Warfare” and “Fifth Generation War,” are nothing but new manifestations of the strategy of indirect approach causing implosion of fault lines of a Nation, using all relevant elements like media, economics, psychological, fifth columnists, and so on. The main ingredients in these modes of warfare–surprise, psychological dislocation and striking on a wide front in quick succession–can be traced back to the concepts covered in Liddell Hart’s Strategy.

Lt. Gen. Shafaat U. Shah( Ret) was commissioned in Pakistan Army in 1971. Over 39 years of service he held a variety of command , staff and instructional assignments, including Military Secretary to the President of Pakistan and Commander Lahore Corps. More recently he was Pakistan’s ambassador to the Kingdom of Jordan . He is an Honour Graduate of Staff College Camberley, UK and Pakistan War College. He holds master’s degrees in Political Science and War Strategy.