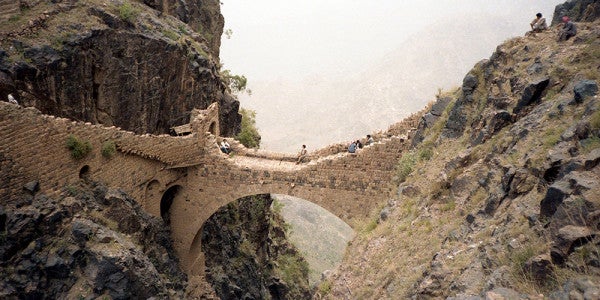 As many have noted here and in other forums, the divide between the military and civilian population is growing. Civilians’ ignorance of military knowledge and culture constitute one aspect, but the separation and self-inflated superiority many service members feel toward the population they defend presents another troubling element. Politicians’ use of service members and veterans to garner support aggravates this elevation of service members above the general public.

But service members must remember whom they serve. Though they can take pride in their service, this pride must not inflate their egos. It may seem that the military doesn’t especially need to discuss service, as service members have, by definition, chosen to serve their country. Hubris and negativity, however, pervade much of the military and further the civil-military divide, and discussing what it means to serve and embracing selfless service may help combat this.

Military leaders contribute to this hubris by frequently reminding their formations that they are part of a select one percent who serve. Though the speakers using this oft-repeated statistic are likely aiming to increase service members’ pride, and certainly self-confidence can contribute to a unit’s esprit de corps, this too often feeds a counter-productive arrogance. These service members’ performance of their duties too often fails to justify this pride. Self-assured service members walk around thinking themselves better than civilians, and these service members too often expect—sometimes bordering on demand—admiration and special treatment such as discounts. This increases the divide between the military and civilian populace.

Civilians probably will not educate themselves on the military, and politicians will likely continue to use the military for personal political gain. Service members, however, can educate civilians by humbly sharing their experiences. They can refuse politicians who intend to exploit them for political purposes. These simple acts can decrease, however, slightly, the civil-military divide. These acts require service members to first embody selfless service.

Service members must serve with humility, responsibility, and gratitude. Humility keeps service members seeking constant improvement and prevents them from thinking the society they serve owes them something. Responsibility ensures service members maintain their readiness despite the difficulties, including physical fitness and health, knowledge of their jobs and the larger military tradition, and upright behavior to not embarrass the military, their unit, or themselves. Gratitude enables service members to appreciate the experience and benefits they receive from the military and value how well civilians treat the military now, for this has not always been the case and need not be the case.

I believe service members stand ready to hear this message. Jordan Peterson’s recent success demonstrates this. His YouTube videos discussing responsibility and pursuing a meaningful life have attracted millions of views. He has noted his astonishment that his message of bearing life’s difficulties has enthralled so many people. He credits his success to decades of messages of rights and freedoms leaving people ready to embrace the tougher notion of duties and responsibilities. Similarly, service members must not obsess over benefits and rewards without fulfilling their duties and obligations. They must willingly suffer the hardships of military service to attend a higher purpose.

Performance, however, must ground pride, and members of a volunteer force must remember that, ultimately, they are servants. Let’s stop patting ourselves on the back as the greatest military in the world—sometimes with the more extreme and even less-examined title of greatest military ever. Let’s stop bragging about our toughness while barely passing a fitness test and shirking opportunities to attend difficult training such as Ranger School. Let’s stop complaining about the military while simultaneously using the uniform to illicit special treatment.

Instead, let’s ask ourselves how we can make things better: Can my rifle squad react to contact quickly, correctly, and with minimum direction? Have I maintained my physical fitness? Have I done all I can to prepare my company for the upcoming combat training center rotation? More generally, what have I done recently to better myself, my unit, and the Army? Have I done these to the best of my ability?

Noble service will be found through answering such questions. This service may help improve—if only incrementally—understanding between civilians and military members and, ultimately, work toward healing one ill of American society.

Daniel Shell is an Army infantry officer with a B.A. in history and a B.A in political science from The Ohio State University. This article represents his own views, which are not necessarily those of the Army, the Defense Department, or the U.S. government.