Manila Massacred: Remembering One of the Pacific War’s Nastiest Battles 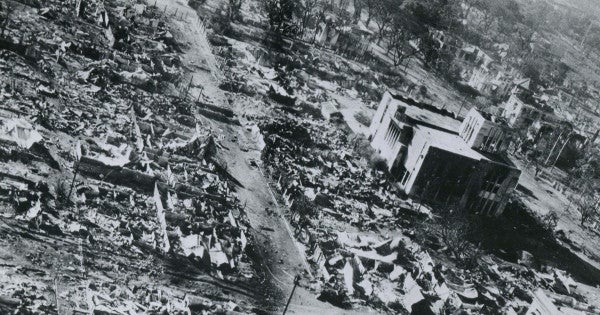 American General Douglas MacArthur, driven from the Philippines at the start of World War II, famously vowed to return. Few people recall the tragedy of his homecoming.

The 29-day battle to liberate Manila in February 1945 proved a fight unlike any other in the Pacific War, a bloody urban brawl that forced American soldiers to battle block by block, house by house and even room by room. The end result was the catastrophic destruction of the Philippine capital—613 city blocks flattened, 200,000 civilians left homeless, and another 100,000 killed, many raped and murdered by the Japanese in atrocities that mirrored the Rape of Nanking.

Few cities in World War II suffered as much as Manila, which endured three years of Japanese occupation that ruined the economy, triggered widespread starvation, and shredded the social fabric. The battle to liberate the city proved an even greater nightmare. Manila has never truly recovered from it. Though many of the landmark structures eventually were rebuilt—the Walled City lay in ruins and was filled with squatters for decades—much of the postwar investment was aimed at Makati, just south of the capital. There stand the steel and glass high-rises that house the banks, department stores, and international corporations—a shiny new city next to the old. There are still traces of Manila’s prewar grandeur and history. Workers rebuilt the Legislature, which today houses the National Museum of Fine Arts. The Manila Hotel still draws thousands of tourists a year, including many Japanese, and MacArthur’s former penthouse home has been turned into a guest suite. Tourists can explore the rebuilt Walled City in bike rickshaws and tour Fort Santiago, where plaques outside the dungeons memorialize the hundreds who died. In contrast, the site of the old German Club, where the Japanese burned hundreds to death, remains an empty field— hallowed ground.

What happened in Manila in February 1945 was not an isolated outbreak of barbarity but part of a pattern of Japanese brutality that played out across Asia, from the Rape of Nanking to the slaughter of an estimated 250,000 Chinese civilians in the aftermath of Jimmy Doolittle’s April 1942 raid on Tokyo. Yamashita’s own troops had committed similar atrocities earlier in the war in Malaya, and had America not hanged him, in all likelihood, either the British or Australians would have. Even now, more than seven decades after the Battle of Manila, it is hard not to read the thousands of pages of raw victim statements and sift through scores of photographs of the mutilated survivors and appreciate the context of that time and the sentiment of so many in the Philippines: someone had to be responsible, someone had to pay the ultimate price.

Yamashita’s hanging did little to provide resolution for the victims, even as the rope that snapped his neck was cut up into six-inch pieces and passed out to some survivors of the Bataan Death March. Many victims would battle years of physical torment, including Cayetano Lagdameo, who survived Japanese efforts to decapitate him with a sword in the Singalong death house, forever tattooing his neck with a ten-inch scar. “During cold days,” he said years later, “the scar still aches.”

Other victims wrestled with emotional wounds. American nun Sister Mary Trinita Logue, who was waterboarded at Fort Santiago, was so traumatized by the torture that she struggled just to take showers. Five-year-old Fernando Vasquez-Prada, who watched marines butcher his mother, father, and three brothers at De La Salle, refused to speak for two years. “I could not talk,” he later said, “could not say a word.”

Scores more struggled to understand the level of barbarity inflicted upon them. “It was just total hatred and savagery,” explained Juan Jose P. Rocha, whose mother was killed by shrapnel. “You cannot explain it.”

This is adapted, with permission, from Rampage: MacArthur, Yamashita, and the Battle of Manila, by James M. Scott. © 2018. All rights reserved.