There are so many disappointing things about American politics today that it is good to point out the opposite. John... 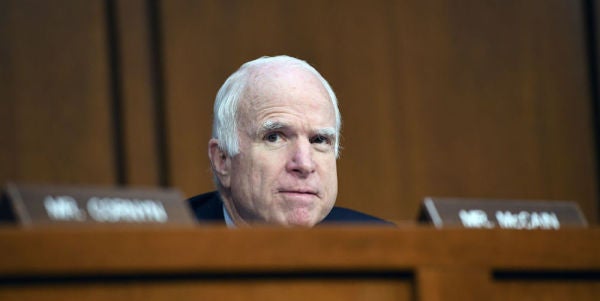 There are so many disappointing things about American politics today that it is good to point out the opposite. John McCain, with little to lose or gain from the effort, maintains his principled stand against U.S. personnel using torture.

He also gains moral standing from the fact that he himself was tortured. Here’s a snippet from McCain's November 2017 remarks explaining his vote against Steven Bradbury as general counsel for the Department of Transportation:

“I have long said that I understand the reasons that governed the decision to approve these interrogation methods, and I know that those who approved them and those who employed them in the interrogation of captured terrorists were dedicated to protecting the American people from harm. I know they were determined to keep faith with the victims of terrorism and prove to our enemies that the United States would pursue justice relentlessly and successfully, no matter how long it took. I know their responsibilities were grave and urgent, and the strain of their duty was considerable. I admire their dedication and love of country. But I argued then, and I argue now, that it was wrong to use these methods, that it undermined our security interests, and that it contradicted the ideals that define us and which we have sacrificed much to defend.”