Donald Trump is the first president to rise to that office by being a celebrity, and that carries enormous implications... 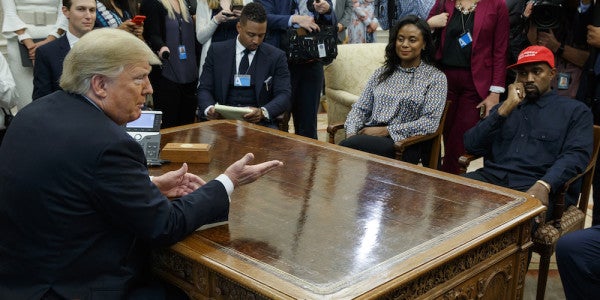 Donald Trump is the first president to rise to that office by being a celebrity, and that carries enormous implications for his behavior and for how many people react to him. He is also the first president to not have served in another office or in the military before ascending to the White House. He operates by a different system than most people follow. Like it or not, it works for him.

Yes, other presidents rubbed shoulders with celebrities. John F. Kennedy did so with great political effect. But Trump is different. He became known to the public as a celebrity, and by playing one on television, in the show “Celebrity Apprentice.” He had the insight, or instinct, to campaign by the rules of that world. And they do things differently there.

In the White House, he has continued to follow the rules of celebrity. It is a world radically different from the world in which most of us live and work.

In his world, what you appear to do matters more than what you really do. So better to make a visual splash: When he traveled to Puerto Rico after the hurricane there in 2017, he threw rolls of paper towels into the crowd, as if he were appearing on “Oprah.” What you say one day doesn’t matter another day: He said he would release his tax returns, and then did not. People don’t expect you to be faithful to your wives: He has had three and coupled with a porn star while married to one of them. Similarly, he says he loves the U.S. military, but he hasn’t traveled to a war zone to visit deployed troops. And you can be very vulgar: In a presidential campaign debate, he discussed the size of his penis.

In sum, he makes no pretense of following the unwritten code of conduct that we call “norms” and which the Founding Fathers more or less called “public virtue”— that is, the ways in which public figures were expected to act, or at least pretend to. Trump, by sharp contrast, makes no claim to virtue. Indeed, some of his followers have taken to using “virtue” in a pejorative fashion, in the right-wing term “virtue signaling.” One can only wonder what the Founders, who pursued virtue, reputation, and honor with great vigor, would make of this turn.

Instead, Trump follows the rules of contemporary fame, or celebrity. They seem to matter more than the rules the Founders followed, or at least saluted.

This is, I think, the best way to understand what he does, and why it succeeds.

What are the major rules of being a celebrity?

The first rule of being a major celebrity is that there are no rules. Those are for the little people. To comply with them would be to accept a downgrade in status. Part of the definition of being a celebrity is that you can get away with a lot. The bigger the fame, the more you can do. As Trump explained to a lesser figure, Billy Bush, “I just start kissing them. It’s like a magnet. Just kiss. I don’t even wait. And when you’re a star, they let you do it. You can do anything. . . . Grab ’em by the pussy. You can do anything.” (My italics) You may also be able to launder money, commit tax fraud, hire thugs, threaten people, and obstruct justice. Those who say different are simply out of date. For example, why does Trump bully Canada? Because he can.

The second major rule, somewhat surprisingly, is that being a celebrity is intensely hierarchical. In his view, there are a few people at the apex of life, and millions of others jostling to replace them. By being president, Trump automatically is a member of this elite group, the Long-Term Global A-List. He seems to regard people such as Kanye West and Vladimir Putin as being of roughly equal standing, peers who are “top guys.”

The third eternal truth is that knowledge simply doesn’t matter. Facts are irrelevant. The proof of that is in Trump himself, a man whose tweets appear barely literate at times, who seems to know very little about the world and cares less. Trump may be ignorant, but that did not stop him from becoming one of the most powerful men in the world.

It is a strange new world in which ratings and popularity are all, and morality and character are at best irrelevant and perhaps burdens. Some conventional behaviors, such as politeness and common decency, can be fatal flaws in this high realm. Trump senses, correctly, that in his sphere, it is more important to know the fate of “Jimmy the Greek” than of Socrates the Athenian. Trump drew a life lesson from the fall of that Las Vegas gambling figure who apologized for making racist comments: “Whatever you do, don’t apologize. You never hear me apologize, do you? That’s what killed Jimmy the Greek way back. Remember? He was doing OK ’til he said he was sorry.”

Then there is the unspoken rule is that people who aren’t celebrities don’t count. As “someone close to Sarah Sanders” recently told a writer for the New Yorker, “If you’re not on TV, you don’t really exist as far as Trump is concerned.”

The oddity of this situation is that someone who insists on following the old rules and ignores the new order simply flummoxes Trump. He doesn’t know what to do with someone like that. That’s why Robert Mueller scares him but even more puzzles him. Mueller is the “un-celebrity”–classical in his virtues, believing in silence and hard work, shunning the spotlight, plugging away persistently, insisting on the rule of law. The president must look at him and wonder, uncomprehendingly, angrily, What’s his racket?

In Trump’s world, everyone has a racket. If you’re not scamming, you’re not playing.