On Sunday the NY Times ran one of my occasional surveys of new books on military history and national security... 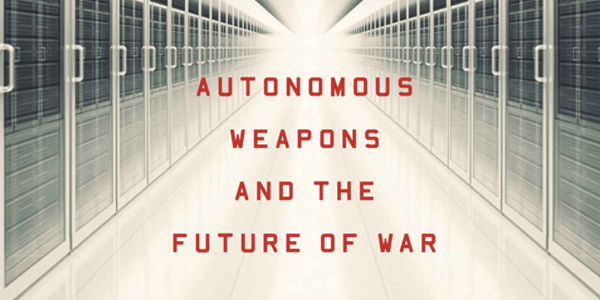 On Sunday the NY Times ran one of my occasional surveys of new books on military history and national security issues.

I really liked ARMY OF NONE: Autonomous Weapons and the Future of War, by Paul Scharre, which I called “One of the most interesting books on military affairs that I have read in some time.” His “bottom line is that the more an autonomous weapon is let free to roam in time and space, the more likely it is that something will go catastrophically wrong.”

I also was impressed by William Harris’ QUICKSILVER WAR: Syria, Iraq and the Spiral of Conflict. He treats the wars in the two countries as one conflict, which I thought made sense in several ways.

Other books in the survey are listed below. I generally don’t mention a book unless I think it is worth reading. (The discard pile is huge. One fell over in my basement the other day.)

THE CALIPHATE AT WAR: Operational Realities and Innovations of the Islamic State by Ahmed S. Hashim

THE BOER WAR, by Martin Bossenbroek

THE KILLING SEASON: A History of the Indonesian Massacres, 1965-66byGeoffrey Robinson

THE STRATEGY OF VICTORY: How General George Washington Won the American Revolution by Thomas Fleming

TERMINAL LANCE ULTIMATE OMNIBUS byMaximilian Uriarte. (I called it “probably the best book about Marine Corps culture in decades” but warned that it is so raunchy that “Anyone not shocked or offended by at least a quarter of this book should probably seek professional help.”)

FIGHT LIKE A GIRL: The Truth Behind How Female Marines Are TrainedbyKate Germano