The Basic Math Of Military Personnel Policy, In One Quote

In an article about personnel policy, retired Navy Capt. John Cordle offers one of the concise statements I’ve ever seen … Continued 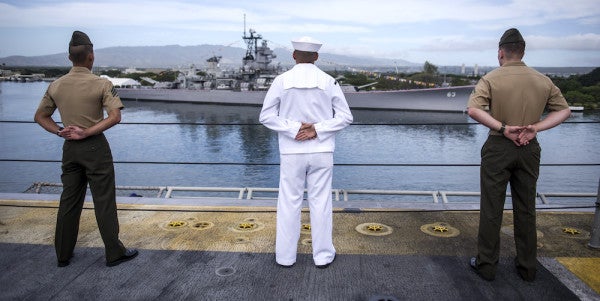 In an article about personnel policy, retired Navy Capt. John Cordle offers one of the concise statements I’ve ever seen about the subject of military personnel policies:

Manning math is simple. If I want a sailor in a seat 24/7, I need three humans. If I want to account for training and transit, illness, and attrition, I must add a fourth. To support a sea-shore rotation of 50/50, I need a total of eight. Require four watch sections, and the number becomes ten. Tough math, but the numbers do not lie.” That’s ten sailors to fill just one seat. Now think of all the seats that require that sort of presence.

The same is true for civilian organizations that require a 24-hour presence, such as big police forces and hospital emergency rooms. It’s one reason that personnel costs can quickly eat up a big part of a budget, especially if you have to pay for overtime or health care.