Mission Command is essentially Swarm Intelligence. On the surface, this might appear to be a new way to look at... 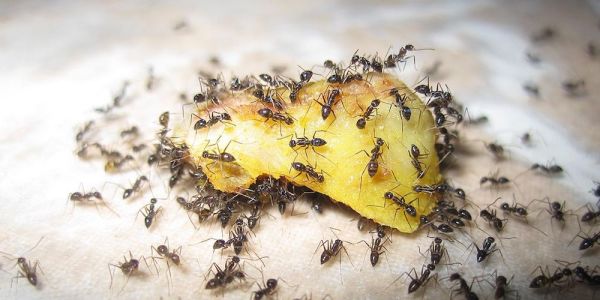 Mission Command is emergent behavior in a decentralized environment (and self-organized), where subordinate commanders interact with one another in their environment allowing the collective intelligence of a group to emerge. Are you confused by this definition? I will admit, this is a definition of Swarm Intelligence, but this is what we seek in Mission Command.

Mission Command is rules-based decision-making (think If-And-Then algorithms) and should be the complete opposite of the traditional (and rigid) Command and Control structure. It should allow us the ability to be agile and adaptive leaders, which is nearly impossible in our contemporary military environment where we have layers of management establishing how actions are approved and monitored. Our current acquisition system is an example of this rigid and layered system limiting innovation when it’s needed.

Mission Command should take the power traditionally reserved at the top and spread it across the force, empowering Soldiers. Our current hierarchy limits flexibility, separates people, limits communication, creates a power vacuum, and reduces innovation. It is positional/power leadership at its best. Mission Command should strive to be the complete opposite in order to accelerate decision-making, enhance the collective intelligence of the group, empower Soldiers to exploit opportunities, and integrate sustainable and long-term thinking. Yet, the most important piece is the flow of information as Mission Command is communication-driven.

If we look back throughout history, Mission Command has been used successfully. In fact, it traces its roots back to Prussian Generals through the use of mission-type tactics (Auftragstaktik). However, I argue it traces its roots even further as Genghis Khan used what we today would call swarming tactics allowing his hordes to attack using faster communication and decision-making. Mongol forces were able to locate, converge, attack, and disperse faster than any other military. This is no different than the rules-based decision-making of social insects (such as an ant colony) or a flock of birds.

It’s actually quite straightforward how Swarm Intelligence works. For example, ants search for food by: 1) Each ant randomly searches for food; 2) If an ant finds something, and it’s food, then the ant signals to others; 3) If the ant does not find anything, and another ant has found something, Then the ant will go to the other ant; 4) If they haven’t found anything, and there are no other signals, Then they head off in random directions to keep searching.

I suggest we look to Colonel John Boyd’s OODA Loop for our solution. The OODA Loop is a high-speed decision making and feedback process distilled into four stages (or four simple rules): Observe, Orient, Decide, and Act. Think of the Mongol example from earlier. The OODA Loop is similar to swarming, where a subordinate commander strives to Observe (Locate), Orient (Converge), Decide (Attack), and Act (Disperse or Learn) faster than the enemy. This approach does not rely on massing forces, and most importantly, it does not rely on Unity of Command.

For this to happen, I argue we first need to change the definition of Mission Command and make it simple. My suggestion is to use Boyd’s OODA Loop (rules-based decision-making) and allow planning and execution to become decentralized. Lastly, do not confuse “simple” with “simplistic” as Mission Command and Boyd’s OODA Loop are both complex frameworks.

Major Jamie Schwandt is a U.S. Army Red Team Member and Lean Six Sigma Master Black Belt. He has served in various roles, such as an S3, Commander, and on the Army Staff. He is also an adjunct professor, a published author, and has a doctorate from Kansas State University.