The indictment on Friday by Robert Mueller of thirteen Russians for interference operations marks a dramatic escalation in the U.S.... 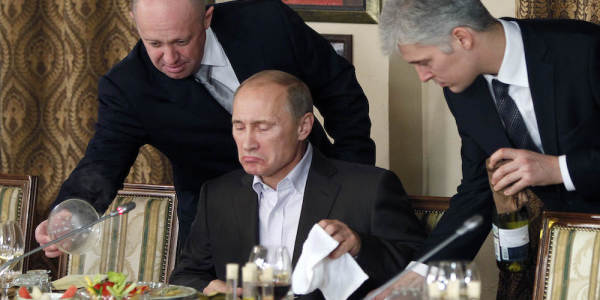 The indictment on Friday by Robert Mueller of thirteen Russians for interference operations marks a dramatic escalation in the U.S. government’s willingness to detail and respond to the steady barrage of digital attacks against the United States.

Importantly, the indictment is not focused on asserting any kind of collusion between Russia and the Trump campaign. Instead, the indictment is a tactical maneuver not only to publicly attribute Russian interference activity but also to prepare the American population for these same kinds of tactics in upcoming elections and help preserve our electoral integrity.

The indictment is remarkable for at least four major reasons:

Of course, given that the thirteen people indicted are likely located in Russia, there is a low probability of arrest. Nevertheless, indictments for various forms of digital attacks have at times led to arrests, especially when the defendant travels abroad.

The indictment also establishes a global precedent and takes a step toward shaping global norms around what digital activity is and is not off limits. In addition, even if the thirteen defendants are never arrested, the indictment is an essential step in educating the American public about the degree of foreign interference and the various ways social media platforms can be manipulated. In some ways, the indictment is not so much about 2016, but rather should shed a spotlight on similar, ongoing interference operations. For instance, on the same day the indictment was announced, there was a spike in bots pushing forth various gun hashtags following the Parkland massacre. This is entirely consistent with the activity depicted in the indictment.

Technology continues to rapidly advance, and with that foreign interference by a range of actors is expanding into new platforms, and from written content into videos and images. The indictment should further empower the U.S. government to publicly attribute and respond to future foreign interference operations and preserve the electoral integrity which serves as a key foundation of our democracy. While the indictment ideally helps disrupt Russian interference activities, it also should be the first of many steps in preparing the American public for what to expect in the 2018 midterms and beyond.