Why Is The Mississippi National Guard Bigger Than New York’s?

That question never occurred to me before. It is posed in a letter to the editor of the March issue … Continued 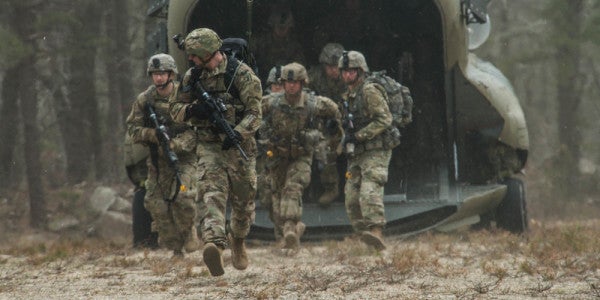 That question never occurred to me before. It is posed in a letter to the editor of the March issue of ARMY magazine. Maj. Stephen Trynosky writes that, “The glaring geographic imbalance within today’s Army is most pronounced in the reserve components where states such as Mississippi (population 2.9 million) are authorized a larger Army National Guard force structure than larger states such as New York (population 19.4 million) and New Jersey (population 8.8 million.)”

The major also poses a loaded question: “Can the Army ensure the sustainment of . . . critical skills while it continues to disproportionately seek Reserve soldiers from areas with lagging physical, educational and health indicators?” (This reminds me a bit of Dean Wormer.)

In the same issue of ARMY, there’s also an interesting proposal for an “expeditionary coastal artillery brigade.” It would be deployable, mobile and have ground security. Interesting thought. Is it going anywhere?