I Had One Luxury In The Army. Deploying To Afghanistan Ruined It

Out of necessity, everyone becomes a morning person when they join the infantry. This came as a shock when I … Continued 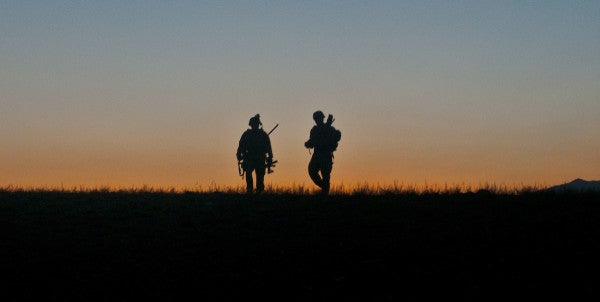 Out of necessity, everyone becomes a morning person when they join the infantry. This came as a shock when I enlisted as a desk-bound and college-educated 23-year-old. I had never enjoyed waking before dawn, and I loved lazy mornings spent over a cup of coffee and a book. I missed those things the most in basic training as my sense of self was subsumed into the Army, all the softness and privilege of my life stripped away, as I was made to feel, again and again, that I was not special.

Starved of even the smallest luxuries, I took to looking at the sunrise. Every morning, I stole a glance at the lifting clouds in the pale sky and smiled. For a few seconds, the world felt like it was mine again, like I was on the right path.

When I was more inured to the hardships and insults of infantry life, the dawn became not just a refuge, but added meaning to the suffering. I was at an exercise in Louisiana. We’d been wet for days and were staying awake only by pounding energy drinks that we liberated from the opposing force. In short, we were miserable. I’d drawn the last security shift, so I was still awake as it became light. I turned off my night vision and the black-and-green dreamscape revealed a multi-hued herd of wild horses. There were nearly 150 of them in the cool grey dawn. While one of our mortarmen wondered sleepily if we could kill and eat one, they ambled through our vehicle patrol base, whinnying, snuffling, and peering into the windows of the Humvees. I looked over at my buddy in the turret next to me. He was smoking a cigarette and shaking his head in awe. I climbed down and joined him after everyone woke up and we finished that last stolen Marlboro Red while wondering over the herd of horses that appeared in Louisiana. He said, “If it wasn’t for the suck, we would have never see this.” I replied with a sigh, “You’re not wrong.” He stomped out the cigarette and we started our day of trench foot and bleary-eyed patrols firm in the knowledge that they had somehow given us access to a world of freedom and beauty.

A few months later in Paktika, Afghanistan, a mission lasted all night and I found myself guarding the helicopters as they refueled in the predawn gloom. Everything hurt with the cold. My squad leader, swaddled in his out-of-regulation, cold-weather gear, watched my shivering with sadistic mirth. The ancient ochre and dun-colored hills grew pink and golden, but nothing else moved in the freezing morning air. Instead, my fingers prickled, then went numb around my weapon. I tried as hard as I could to ignore them and concentrate on the fact that I was alive to see another dawn.

I thought that the old trick of finding wonder in the sunrise would keep me warm. Instead, I found myself wishing a rocket would come in and ignite all the fuel. At least I would have died warm. Eventually there are no more moments to carve out for yourself in the sunrise, and no wild horses to astonish you at dawn. No matter how hard you try to maintain it, your old self will be lost in a series of soldier’s dawns.

Fletcher Schoen is a former U.S. Army Ranger with five and half years of service. He enlisted in the Army in 2012 and finished as a sergeant in 2017. A graduate of Ranger, Airborne, and Sniper School, he deployed twice to Afghanistan with the 75th Ranger Regiment. He currently lives in D.C. and is pursuing his master’s degree in Security Studies at Georgetown University. He co-holds the Army chair on the Council of the Former Enlisted.