One Secret To Finding Post-Military Work That Means Something: Find Your Niche

Tom note: Here is the first entry in our contest to describe finding meaningful work after getting out of the... 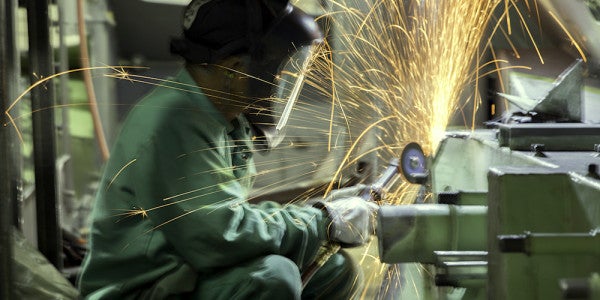 Tom note: Here is the first entry in our contest to describe finding meaningful work after getting out of the military. I plan to run one a day, putting them out there in the order they arrived, unless someone comes up with a better idea. If you care to send an entry, just go to The Long March homepage and use the e-mail button on the upper left, next to the postage stamp photograph of me!

Clayton Cummings writes: “For me, it took about three years to find a job that I was comfortable in. But I’m probably different than most your readers. I was just in for three years in the late ‘90s. A couple of little deployments (Bosnia), but nothing comparable to GWOT generation.

One struggle for me was just realizing that the rest of the world doesn’t act like the military. Showing up to work barely sober, or not sober isn’t okay. Cussing and other social behaviors that were common (maybe still are) aren’t allowed on most workforces.

But the hardest part was after I got out I fell into depression. I think I realize that almost nothing I learned in the service really mattered once out. I didn’t learn a skill, I went just to get out of a small town. The people I went to high school with were at college or had decent jobs. Mostly though I missed the people I served with. I missed the camaraderie.

I bounced from a couple of temp jobs and low paying jobs. Then my dad showed me where a local labor union was looking for apprentices. I didn’t have anything else to do so I applied, tested and was placed with a contractor.

It was a perfect fit.

Although not near as regimented as service life, it helped fill a void. There was definitely a structure to things. Not ranks, but you knew where you fit into a job or a crew. You were expected to learn your job and the jobs of the guys above you. Be on time, ready to work, accountable for your work.

I’ve done my turns on the dirty, boring, or just plain dumb task. We all work in the heat, cold, wind and rain. The work is rewarding, there was something to point at when the project was done. There are goals to accomplish.

There is also a small amount of the camaraderie I missed. We are proud of what we do. We take care of our own. Maybe even cover for the kid with the hangover, or just giving each other a hard time. (Lord knows the language is awful.)

I didn’t realize it at the time, but that structure and feel are what made it the right fit for me. Now, 16 years later, I can’t imagine doing anything else.

It may not be ‘meaningful work’ in the way that some people may think. No, I’m not changing the world. I’m not teaching kids or saving lives. But I have found my niche.”