What America’s Wars Revealed About Their Commanders-In-Chief

In Presidents of War,Michael Beschloss, one of our premier historians, looks at eight wars and nine presidents: James Madison and... 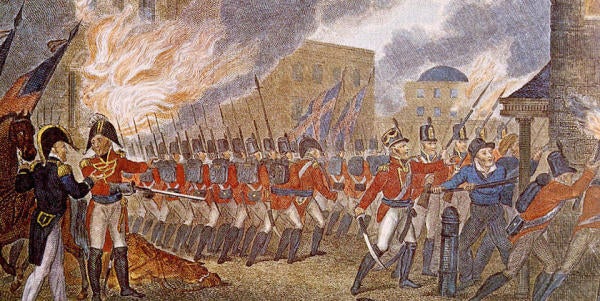 In Presidents of War,Michael Beschloss, one of our premier historians, looks at eight wars and nine presidents:

Not much in this fat book on battles and strategy. Instead, the focus is on presidential decision making and the play of political forces in shaping the decisions. The book is superb in its focus and its facts, a new look at a central topic.

Some easy comments on the details:

The harder lessons are four. First is, in presidential war decisions, the unrelenting role of domestic politics and particularly the need to deal with the power and actions of the opposition party. For example, the Federalists in 1812, a party dead for all practical purposes and never after to rise to power, was at every turn stern opposition shaping presidential moves.

Second (and perhaps because Beschloss makes such extensive use of contemporary press quotations), the role of the American free press in moving the debate.

Third, the near-run nature of all these wars. Viewed from history, it seems obvious that they were to turn out as they did. But not in the moment, not in the time of war, and always with great uncertainty in all these presidents on the right thing to do, the best course of action.

Fourth, and the primary point of the book, the slide through the decades and centuries of the Constitution’s easy formulation that Congress declares wars to today’s reality of a powerful standing army and the decision for war in the hands of the president. With the potential need in this nuclear age to act decisively in minutes, a necessary shift. But so amenable to undemocratic actions meant to favor a president’s political position without proper regard for the costs of war.

In his conclusion, the author makes a point I’ve made many times here and Mr. Ricks and Andy Bacevich and others, that the All-volunteer Force makes war too easy. Not ever saying “all-volunteer force,” Beschloss makes our argument very well in a single sentence: “With no military draft, Presidents who consider taking the nation into a major conflict in our own time may not feel so constrained as earlier leaders by fear that a widespread antiwar movement might erupt.”