If you intelligently follow national security issues on Twitter, you likely have come across @iAmTheWarax, a crusty fellow resembling John … Continued 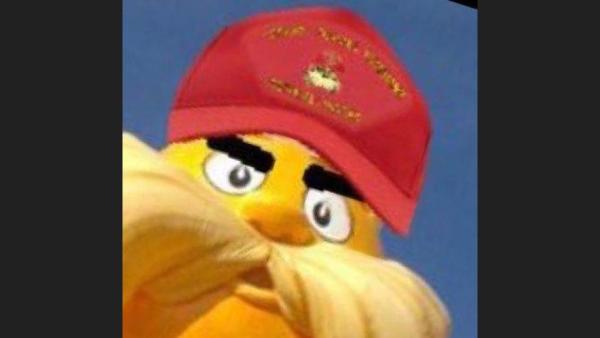 If you intelligently follow national security issues on Twitter, you likely have come across @iAmTheWarax, a crusty fellow resembling John Bolton but fueled by brake fluid, humor, and rage. Conjured from the depths of Twitter Hell to “speak for all veterans” (especially those tired of watching Special Forces meatheads toss their veteran “authority” around way too often), he’s here to set us all straight and incessantly point out there is something seriously wrong with Sebastian Gorka.

I’ve been intrigued by his commentary and so asked him for an interview. This interview has been lightly edited for clarity.

Long March: How did the Warax come to be?

The Warax: I've been frustrated for a long time with the mil-bro community. Folks who perpetuate this stereotype that veterans are all hyper masculine, bearded, operators. So a few months ago this ex-Special Forces guy went on a tweetstorm that started with something like “speaking for all veterans, I decree the following,” etc.

And I don't remember what he said, but it was all ridiculous stuff that in no way was representative of all veterans. So military Twitter started tearing this guy apart, really trashing him. A lot of folks laid into this guy and there were a lot of very good threads.

Angry Staff Officer, though, his thread is where I got the idea for the Warax. He wrote, “LOL at all this dudes who’re like, ‘I speak for all veterans.’ You’re not the Lorax and we’re not trees, ya weirdos.”

Lol at all these dudes who're like, "I speak for all veterans." You're not the Lorax and we're not trees, ya weirdos.

I wrote back, “You have summoned me.” That’s my first tweet. I thought this would be a one-off joke, something that would last a day.

You have summoned me.

What’s your own military background?

I'm a retired Marine. A careerist who has had to make some course corrections in life after finding a large bomb some jerk buried in the desert.

I’m sorry to hear that. When and where did it happen?

I was in Afghanistan when I was blown up, but I won't say when. That would make it too easy to figure out who I am, specifically.

Let me say this, though. I appreciate you saying you're sorry I got blown up, but I'm not sorry.

I'm not glad I got hurt either, but I'm not angry about it anymore. For years I was scared I would be consumed by the hate and anger and guilt that I felt. But now, I've made my peace with what happened.

I appreciate every day, and I appreciate this new life. I've gotten to do things and meet people who I would not have had things worked out differently.

Your Afghanistan is so different from mine. I lived there from 1969 to 1971, as a teenager. I skied in the Salang pass, and pushed my father's VW Bug across the Helmand one Christmas vacation when we were south of Lashkar Gah. But back to the interview. How long were you in the Marines? What was your MOS or specialty? Where did you deploy?

I'm willing to answer those questions, but I'd ask that you not print them and keep that info to yourself. I value my anonymity. Also, I wish I could have seen the Afghanistan you grew up with. It is a beautiful place.

Are you medically retired? What do you do nowadays?

How would you describe your relationship with Mackenzie Wolf, Ms. @coffeeshopjhad?

Mackenzie Wolf is important to me because she's hyper intelligent, devoted to her country. And because her voice is the type that is lost against the background of the mil dude bro stereotype.

Mackenzie and men and women like her, who served in non-combat roles, are often treated as “less thans.” That's something I can't stand. And I think that if the Warax character hadn't resonated with people like her, who reached out to just say, “hey, thank you,” I would have gotten bored with this and dropped it.

That's a thoughtful answer to a kind of stupid question. I was just wondering if you've ever met, and if so, are you friends?

Well you're interviewing a man who became a meme. I'll probably have more stupid answers to thoughtful questions than the other way around. So I'll take the wins when I can.

Okay, then, what’s the answer?

Well, it's a matter of Warax canon that Mackenzie is my on-again off-again wife. So yes, we are friends. Sometimes.

Do you stay in touch with the military a lot? If so, how? What do you read?

I've had a running text conversation with my old platoon since 2010. So I'm in contact with my boys every day still. And I still keep in touch with some other men and women I served with. And of course I am the Voice of All Veterans on Twitter.

The last two books I read were The Way of the Shadow Wolves: The Deep State and the Hijacking of Americaby Steven Seagal, and On Tactics by B.A. Friedman.

Thank you for speaking for an entire generation. Saves me a lot of time! What’s next for the Warax?

You are welcome for my service. Looking forward, I will continue to use my shitposting to push back against the idea that all veterans are one thing. This all started as a joke, and it will always be a joke. But if I can do even a little bit of good, and have some fun, well that's a win.