There’s long-winded story about Robert Mueller as a Marine in the June issue of Wired, so as a public service … Continued 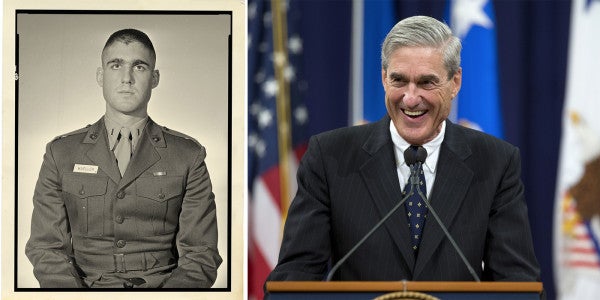 There’s long-winded story about Robert Mueller as a Marine in the June issue of Wired, so as a public service I dug out the marginally interesting stuff for youse guys. Yes, I know the incandescent Adam Weinstein wrote about the same article the other day, but I just want here to dig out the specific commentary about Vietnam, plus a Mueller quote.

The author talked to two people who were in Mueller’s unit, the 2nd Battalion of the 4th Marines, and also dug out some quotes from an interview he did with Mueller years ago:

And then there's Mueller himself: “Ranger School more than anything teaches you about how you react with no sleep and nothing to eat. You learn who you want on point, and who you don’t want anywhere near point.”

Robert Mueller is the literal opposite of Donald Trump.