Rommel: A Great General? Not So Much

The British tend to lionize World War II German Gen. Erwin Rommel. The Americans, too, to a lesser degree. But... 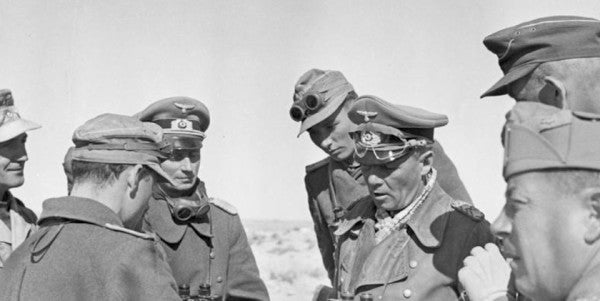 The British tend to lionize World War II German Gen. Erwin Rommel. The Americans, too, to a lesser degree.

But what about those who fought alongside him, asks Bastian Matteo Scianna, a lecturer at the University of Potsdam. They thought he was a big baby. It turns out that “his edgy, indecisive, and emotional character, his appeals to Hitler over the heads of his superiors, and his often-unjustified choleric outbursts made him almost unbearable to work with.”

Writing in the January issue of The Journal of Military History, Scianna, who used transcripts of the surreptitiously recorded conversations of captured Italian generals from World War II, concludes that Rommel’s “chaotic leadership led to botched plans and hazardous gambles that disregarded logistics, interaction with the navy and air force, and close cooperation with the Italian ally.”

So it turns out Rommel was much more like Gen. Bernard Montgomery than we knew!