Is There A Russian Angle To Trump’s Recent Crackdown On Pakistan?

I suspect that Trump’s pal Putin played a role in the president’s recent tweetdown on Pakistan. My guess is this:... 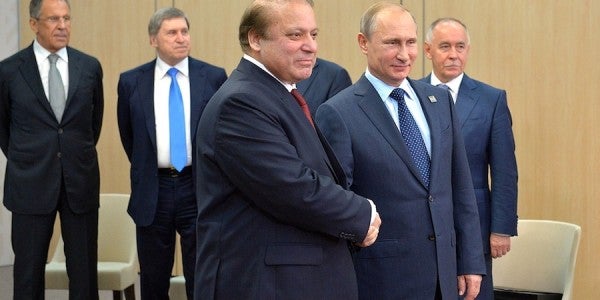 I suspect that Trump’s pal Putin played a role in the president’s recent tweetdown on Pakistan.

It's not only Pakistan that we pay billions of dollars to for nothing, but also many other countries, and others. As an example, we pay the Palestinians HUNDRED OF MILLIONS OF DOLLARS a year and get no appreciation or respect. They don’t even want to negotiate a long overdue…

My guess is this: Putin gave Trump his personal guarantee that U.S. military supplies would have no problem being shipped by train through Russia to Afghanistan. In the past, the U.S. military has been unhappy with the time and expense of the Russian railroad route, as well as the high rate of pilferage. But I bet Putin said he would take care of those problems, thus freeing Trump to denounce Pakistan and to cut off some aid.

Of course, the ones who pay for this gambit likely will be Afghan security forces, who can be hit easily by Afghan militias and factions working hand-in-hand with Pakistan’s intelligence service.