How And Where Will Russia Retaliate For The US Airstrike That Killed Mercenaries In Syria?

That’s a question buzzing around Washington these days. My friend Eliot Cohen, a former State Department counselor who is now... 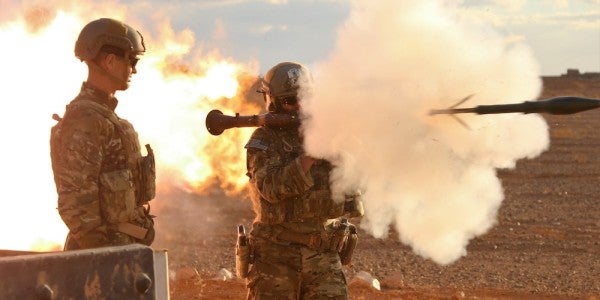 That’s a question buzzing around Washington these days. My friend Eliot Cohen, a former State Department counselor who is now a professor of strategy at Johns Hopkins University’s School of Advanced International Studies, tells me he is “convinced that the Russians will try to get even.”

Indeed, the Russians have a reputation of tit-for-tatting especially in the Middle East, when they have been offended by local groups. But obviously hitting back at the U.S. is a different question.

I would think this issue right now is on the desks of the defense secretary, the director of national intelligence, and the national security advisor. What could Putin do? Well, he could respond with a massive hacking effort against U.S. forces in Syria. (Headline: “Russian Bots on the Ground”) Someone else I know suggests that they might attempt to knock down a U.S. aircraft, particularly an AC-130.

A major puzzler for Putin: How to do it without unnecessarily humiliating Donald Trump? I think to cast it as an attack on the American “deep state.” I don’t think many people will buy that. At least I hope not. But then, I thought they’d see through Trump, so what do I know?

My own guess is that the people who should be most worried are American mercenaries (AKA “private military contractors”) working for the CIA in the Middle East. They would be the prime targets in a response intended to send such a message. Might be in Syria, but also could be in Iraq or Yemen.