Immediately following the strikes by the United States, the United Kingdom, and France against Syrian chemical facilities on 13 April … Continued 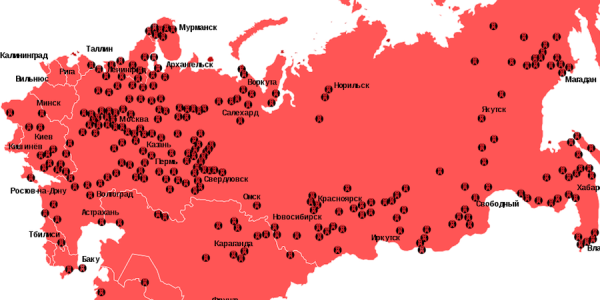 The United States has been engaged diplomatically, economically, and militarily around the globe for a century. The world is plagued with complex challenges, and too often our strategic vision is misguided, shortsighted and inconsistent. Frequently, American foreign policy lacks depth and our policy planners confuse short-term tactics with long-term strategy. At times we have earned just criticism. Bungling at the Bay of Pigs. Failing to hold our South Vietnamese ally to our principles of human decency. Displaying callous indifference to Rwanda's Tutsi people. Sparking a chain of sectarian wars in Iraq by removing its dictator that held chaos at bay after having convinced ourselves that he was stockpiling weapons of mass destruction with intent to use them. These and other failures of American foreign policy expose us to sniping by Russia and others, who would have us believe that our government makes a mockery of our American ideals.

Yet we should not allow such criticism, coming as it does from the cheap seats, to overshadow the good our nations has done. Our foreign policy successes have been far more numerous than our mistakes, and the benefits of American involvement around the globe far outweigh the shortcomings. For decades the United States has kept a semblance of peace between Israel and the nations of the Middle East, despite chasms of disagreements between Jewish and Muslim peoples, and the provocations of Iran, a nation hell-bent on Israel's destruction. The nations of Latin America, save for Cuba, are largely democratic today because America fanned democracy's flames and supported Latin American governments whose vision for their people went beyond their own individual interests. American power restored Kuwaiti independence and prevented the devastation of Iraqi's Kurds. In Somali, known to most Americans only through the narrow lens of Black Hawk Down, the security our military provided prevented thousands upon thousands of Somalis from starving. In the Balkans our action – though too long delayed – restored peace and stopped the dying. In Liberia and Sierra Leone, American diplomacy helped remove a tyrant and a return to stability. Around the Horn of Africa, America leadership and naval might dampened rampant piracy. In the Pacific, we ensured freedom of navigation. In Europe, helped repair much of the post-communist East. In Africa, Asia, and Europe we have systematically diminished the threats posed by radical Islam.

These American successes have seldom occurred without flaw, and the Russian propaganda machine is quick in its attempts to diminish America's stature on the world stage. Yet while the cynical and ignorant, even in the United States, are easily duped, without the United States standing watch the world would be a much uglier and colder place. In peace and security, in justice and defense of human dignity, in science and technology. Not only does the United States champion noble causes, we have shown more ability and willingness to take action in support of them. The world’s troubles are complicated, and solutions hard to achieve. In leading, we open ourselves to harsh criticism, much of it unjust. Yet the world has needed the United States to lead, and history will judge that to this point in world history, we have generally led well.

What of Russia’s role in the world, and what of Russian leadership? Even if one chooses to overlook Russian leadership during the Soviet era – the intentional starvation of millions of Ukrainians during Soviet collectivization, the betrayal of Poland during and after the Second World War, the arming of Cuban and other Latin American despots, Soviet barbarity in Afghanistan – the foreign policy now emanating from Moscow is not much changed.

Smarting from self-perceived embarrassment at the Soviet Union's collapse, and Russian impotence during the Balkan conflicts and in preventing the expansion of the NATO Alliance, Putin's Moscow has sought to rebuild Russia's prestige by challenging the United States in its Allies without moral constraint. Russian soldiers occupy Moldova, Georgia, and Ukraine in violation of all international norms. Through these occupations Moscow enables the pirate state of Transnistria, enables the backwards “independence” of Abkhazia and South Ossetia, strips Crimea from its internationally recognized sovereign, and feeds the Russian separatist movement in the Donbass. After supporting Libyan leader Mommar Khadafi for years, the Kremlin now backs one of his henchmen, warlord Khalifa Hafter, instead the Western-backed, and UN-recognized, Government of National Accord, reportedly in exchange for military basing rights in in eastern Libya. Further east in Sudan, Russia is exporting arms to the government of Omar al-Bashir whose abysmal record on human rights has left him shunned by more civilized countries. Most alarmingly, Russia has cozied up to Iran, the most significant exporter of terrorism in the Middle East, and Syrian leader, Bashar al-Assad, whose atrocities against his own people are now well known to the world.Russia's bedfellows reek, and yet Moscow does not mind the smell.And where on the globe has Russian foreign policy been a force for justice and decency?Nothing comes to mind.

U.S. foreign policy has often floundered, and at times our government leaders have naively believed that the ends justifies the means and compromised American values by supporting governments and individuals with repugnant moral-convictions. Yet while our government's foreign policies have oft been misguided, they have never had as their aim systematic cruelty and callous indifference to suffering. Not so the Russian government, which has a proven penchant for invading and bullying Russia’s neighbors, and supporting blood-soaked regimes around the globe. Russia’s government has too often been devoid of ethical behavior. It is a self-serving government, whose prime interest is to preserve and invigorate a warped Russian nationalism through any means. It is a government that is both a detriment to Russian citizenry, and to the unfortunate millions in lesser nations.

Until Russia's benevolent actions speak as loudly as it words, there is no moral equivalency between the United States and Russia. Americans may hold our heads high even as we acknowledge our failures. That Russians can continue to profess pride in their government in full knowledge of its activities at home and abroad, is abject hypocrisy.

Colonel McDonough is the U.S. Army's attaché to Poland. A Foreign Area Officer who has served in Afghanistan, Germany, Hungary, Italy, Romania and Turkey, he is a master's graduate of Florida Sate University's program of Russian and East European Studies. His assertions are his own, and do not represent any official position of the U.S. government.