When Too Many Cooks Spoil The Strategic Pot: Edgar on Strategy, Part XII

From the series editor: This series on strategy began on Foreign Policy’s Best Defense site but now lives here. The … Continued 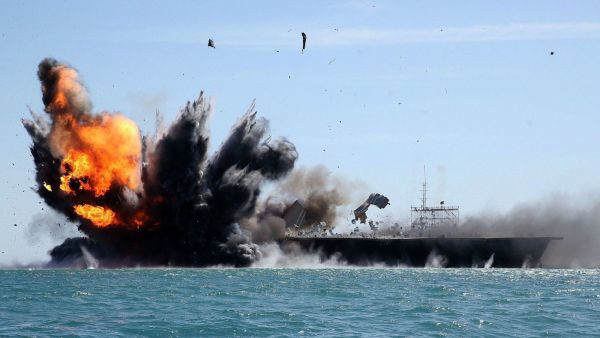 From the series editor: This series on strategy began on Foreign Policy’s Best Defense site but now lives here. The next three articles in the series deal with practical aspects of strategy development and implementation, the stuff of executive and middle management. It is not enough to have a good strategic vision. People, organizations, and systems are required to implement it. This week, Air Force Lt. Col. (Ret.) Jon Herrmann describes a balancing act, common amongst leaders, that often derails effective strategy. — Paul Edgar

Meet Gen. “Joe Jones,” an experienced, brilliant military strategist. He commands a Unified Combatant Command and is the senior leader in a prominent exercise that will begin in a few days. Gen. Jones has strategic vision and a clear understanding of the military problems facing the defense community, many of which will be examined and tested in the exercise. But the general’s colleagues, also experienced and brilliant, each have a somewhat different view of the same problems. Can you see where this is heading?

Strategy is often described, accurately, as an art of removing nonessential factors, as a sculptor removes material from a stone in order to capture the essence of a subject. Good strategists remove priorities, leaving only a few essentials most likely to achieve the essence of the objective. Senior leaders may want to craft great strategy, but feel trapped by competing needs. Implementing a strategy usually requires a coalition of peers. Important partners are not subordinates. To have a sufficient coalition, leaders and strategists tend to add priorities, trying to meet many needs at all times and conditions. Aiming to do too much, a strategy becomes useless as a guiding imperative.

Gen. Jones may know that the upcoming exercise requires a cyber-focused strategy. But Gen. Mitchell, with good reason, prefers an airpower strategy. And Adm. Moffett agrees with airpower, as long as it is fleet- and carrier-based. Cutting one priority often means losing a leader, or their honest effort, from the coalition. Too little backing for airpower means losing Mitchell’s attention. Reducing the role of carriers means losing Moffett’s personal participation. Yet failing to cut any priority produces a strategy that fails to prioritize anything.

Strategy that focuses on a few key priorities is risky, politically speaking. American military and economic power has allowed the United States to skirt some of these risks. Calculated political risk, and a focus on a few crucial priorities, may be necessary against a near-peer competitor.

While many people have read the results of Millennium Challenge 2002, few are left who saw it happen. I saw the expressions of frustration, amazement, or even outrage when the Red forces overwhelmed Blue. A common feeling was that the Red forces had somehow cheated. The disbelief was obvious, prompting criticism of the simulation’s flaws. But the fact is that Red’s greater strategic coherence was a key factor.

The event itself was both experiment and exercise, which did not lend itself to a focused strategy. It had to meet the highest priorities of both characteristics, and the parties inevitably beholden to each. Blue had to prepare for war, test new doctrine, integrate new technology, and a litany of other things. Red had only one mission: Defeat Blue. The Blue do-everything strategy was not the only flaw in MC2002. But in my view, it was a very significant one.

Criticizing the simulation was, and still is, temptingly easy. Combat often provides singular focus that simulations cannot. But strategic priorities become diluted in war, too. And pride always makes it difficult for important people to accept that their priorities aren’t mission essential, their perspectives are not the most important.

Sometimes, our problem is not the oft-described toxic, risk-averse, one-mistake careerist culture. Sometimes, the issue is not the outdated, up-or-out path that often expels or reshapes creative problem solvers into company men. Sometimes, lots of diverse perspectives are not helpful. Sometimes, a plurality of strong, thoughtful perspectives (and personalities) does us in.

Jon Herrmann is a retired USAF Lt. Col. with over 25 years of experience in strategy, intelligence, and information operations. He is currently faculty supporting educational initiatives for the DOD. His education includes multiple advanced degrees in international relations and political science. Previously, he served as faculty for the Master's of Strategic Intelligence program at National Intelligence University. His work has appeared in Strategy Bridge, Real Clear Defense, Small Wars Journal, and other defense-related publications. The comments here reflect the opinions of the author, and do not represent any official position for any corporation, the U.S. Air Force, the Department of Defense, or any other organization of the U.S. government.