Comment of the Day: What Really Ails The Navy

This was posted yesterday in response to a comment of mine about stovepiping in the Navy. I liked it so... 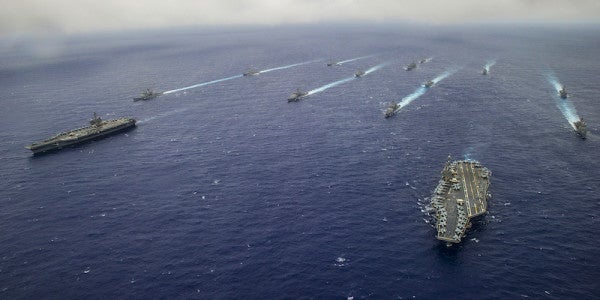 This was posted yesterday in response to a comment of mine about stovepiping in the Navy. I liked it so much that I am promoting it to an item.

There's been some progress towards recognizing the need for more specialization, and it looks like the warfare communities better accommodate needed talent best put to managing programs and developing innovation rather than just keeping these folks on an up-or-out command-at-sea career path. That's good.

But the fundamental problem of the three primary warfare communities putting their interests ahead of Navy mission remains, they have the same vast powers, and they continue to operate in splendid isolation from each other. I remember when that star on the sleeve of the dress blouse stood for naval officer. Now, you have to withhold judgment on what that means until you've looked to see the breast insignia the person is wearing because that defines the officer, the officer's primary loyalty, and the culture that holds that officer in its clutches forever.

Submariners and naval aviators constantly contend with the laws of physics and the fact that natural laws have no pity. We've seen how the lack of such pressure has allowed the surface navy to fall into disrepair and earn disrespect.

“But we're studying the problem. We've issued a log book for JOs and we're tinkering with other things maybe. We sure as hell don't want any wise-ass bubbleheads or zoomies helping us — what do they know about seamanship and professionalism (other than these being what keeps them alive)?”

The isolation of the surface navy is stunning and total. And unchanged.

Capt. John Byron is qualified in surface warfare and in submarines. He served in five submarines, commanding the submarine USS Gudgeon. He is a plank-owner of the cruiser Fox.