Have The Germans Really Changed Much In The Last 2,000 Years?

On a recent flight to Texas the other day I read, for the first time, Tacitus’ study “The Germania,” mainly... 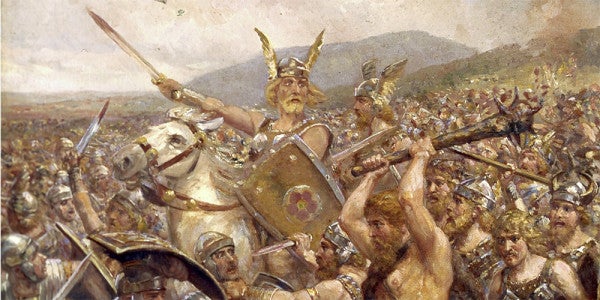 On a recent flight to Texas the other day I read, for the first time, Tacitus’ study “The Germania,” mainly because I was curious about the influence it had on Thomas Jefferson’s views of liberty.

But for the purposes of this column, the Roman historian’s comments on the German military of the 1st century AD are more interesting.

“Generally speaking,” he writes, “their strength lies in infantry rather than cavalry.” Also, they place a very high regard on battlefield courage: “To throw away one’s shield is the supreme disgrace, and the man who has thus dishonored himself is debarred from attendance at sacrifices or assembly.”

Also, “the Germans have no taste for peace; . . . and a large body of retainers cannot be kept together except by means of violence and war.”

They also were kind of wild. “Drinking bouts lasting all day and all night are not considered in any way disgraceful.” They also made a habit of debating while drunk but postponing making any decisions until the next day, when they have sobered up.

They also altered their normal laws of inheritance when it came to horses. “The horses go to a son, not necessarily, like the rest of the property, to the eldest, but to the one who is the keenest and ablest soldier.”