The Secret To A ‘Safer, More Trusting, And Ready’ Fighting Force

As a young incoming battalion commander attending my pre-command course, I learned one of the most useful lessons of my... 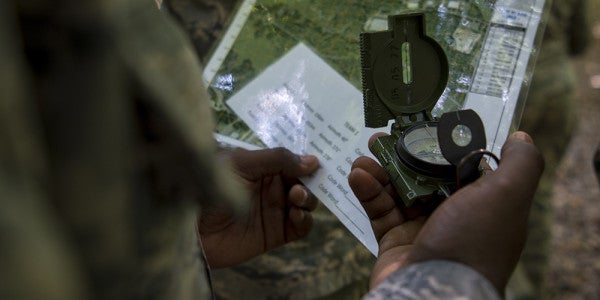 As a young incoming battalion commander attending my pre-command course, I learned one of the most useful lessons of my career. It was a simple but poignant exercise in the art of the resource management, and it hammered home a principle that still sticks with me today: “Time spent = Value Assigned.”

Nowhere is this more evident than in our failing to stop sexual assault and harassment in our military. We talk a good game about it being a priority, but we don’t follow through in the field with command time and attention.

Though espoused by numerous Secretary of Defense in a row as having “zero tolerance” on sexual assault and harassment, DoD has struggled to combat sexual assault in its ranks for decades. In 2014, a Pentagon survey of troops found that more than 20,000 troops had endured assaults ranging from groping to rape. Two years later, the number of troops reporting inappropriate sexual contact had dipped below 15,000, still a high number for a profession held in such high regard by the American people.

As a force we spend billions of dollars in pursuit of our charge “to fight and win our nation’s wars.” And we should. But how can we commit such vast resources on external threats, yet not have the same level of commitment inside our institution, where we control all the training, discipline, and collective value setting with regards to sexual crimes against teammates? Is it because we do not see sexual assault and harassment as a large enough issue to warrant our full attention? Do we find this issue a distraction to our real business of fighting and winning our nation’s wars? Have we not looked at how this topic is affecting retention and, in some regards, enlistment (which some of our services will fall short of this fiscal year for the first time in decades)?

The DoD’s recent decision to delay the release of a federally funded Rand Corporation report on the rates of risk of sexual assault at military bases around the world has ignited the ire of Sens. Kirsten Gillibrand (D-N.Y.) and Joni Ernst (R-Iowa), both members of the Senate Armed Services Committee. They have asked the DoD to release the report in the name of “transparency and accountability,” despite the controversy that will occur with its release at those bases with the highest risk.

When Gen. George Marshall was appointed the Chief of Staff of the Army prior to the outset of World War II, he saw the malaise that pervaded in his general officer corps and used the Louisiana Maneuvers to highlight who was effective — and who was not. Then he cleaned house.

Perhaps a return to such measures is warranted. It’s as if the statistics regarding sexual assault and sexual harassment have been left off the scorecard altogether for our senior leaders. The only mention of sexual assault or harassment is in a benign, rote obligatory statement on all evaluation reports that the leader “fully supports Sexual Harassment and Assault Response Prevention (SHARP).” If a commander is responsible for everything his or her unit does or fails to do, then what goes on in their unit, to include sexual assault and harassment, and how that alleged crime is handled is a direct representation of their leadership.

I cannot help but feel that if our senior leaders took on the same no-fail approach as we seem to one all other threats to national security, we could get a heck of a lot closer to that “zero tolerance” the Department of Defense always talks about. “Time spent = value assigned” is still the effective equation. This is also a no-fail mission. I’m certain when we do these things we will have a safer, more trusting, and ready force while giving our soldiers the leadership they deserve.

Col. Angie Holbrook is 27-year Army human resources officer preparing to retire in the coming year. She deployed twice to Iraq and commanded both at the battalion and the garrison level; commanding the fifth largest installation in the Army with over 45K personnel assigned. She is also a survivor of Military Sexual Trauma (MST). As part of her own healing she sees advocating for survivors and educating the force as a means to end sexual violence in our ranks. This article represents her own personal views, which are not necessarily those of the U.S. Army.