Is Trust An Essential Element In Strategy? 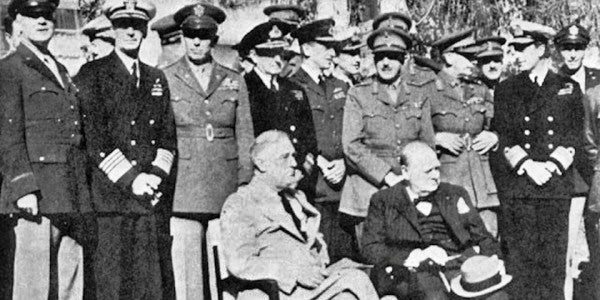 The other day I began re-reading Piers Mackesy’s The War for America, 1775-1783. It was as brilliant as ever, a book I learn from every time I open it. It is one of the 2 or 3 best works I’ve ever read on strategy.

But I think it is wrong on one key thing: Its emphasis on trust as an essential ingredient in making strategy.

Let’s back up here. Every time I pick up this classic study, which looks at the American Revolution through the eyes of the British officials in charge of their side of the war, I am hit by something new. The last time I read it, I was struck by the parallels to the American war in Iraq, like how the British never put anyone in charge of the overall effort, and how they tried to get strategic gains without taking tactical risks. “I may safely assert that the insurgents are very few, in comparison with the whole of the people,” Gen. Sir William Howe wrote in 1775.

And then there was Gen. James Robertson, who explained that his mission in the “war for America” was to help local security forces put down the rebellion. “I never had an idea of subduing the Americans,” he said later. “I meant to assist the good Americans to subdue the bad.”

Most of all, the British would move into an area, bring the Loyalists to the surface, and then leave, abandoning those allies. Sound familiar?

This time, the observations on the formulation of strategy caught my eye. In particular, Mackesy underscores the importance of trust among senior officials in considering strategic choices and then implementing them. “A sustained strategic boldness requires mutual trust between the leaders,” he writes, as well as “a solid foundation of popular support.”

This made me think about World War II. Allied strategy was clear and successful. But Gen. George C. Marshall didn’t exactly trust Franklin Roosevelt. Marshall did respect him, at arm’s length. But he was not always candid with him. For example, Marshall thought that FDR wanted to launch Operation Torch, the invasion of North Africa, simply to be seen doing something, especially as the mid-term elections of 1942 approached. The actual landings occurred just after the election, but Marshall still was suspicious.

FDR, in turn, respected Marshall, but sometimes wasn’t candid with them. Likewise, Gen. Alan Brooke didn’t exactly trust Winston Churchill, believing him to be a reckless meddler, but he did think that Churchill’s heart was in the right place. I believe he called Churchill’s office a “parrot house.”

So I am not sure of Mackesy’s formulation. It seems to me that it is necessary for generals to be candid with their civilian overseers, and to hope for candor in return as often as possible. But trust? That may be unattainable—a bridge too far, as it were.

BONUS FACT: Some of youse may remember Professor Mackesy’s father, old General P. J. Mackesy. He commanded land forces in the ill-fated Norwegian Campaign in 1940, was blamed by Churchill for the defeat, and was relieved. P.J.’s own father also had been a general.

DOUBLE BONUS FACT: General Mackesy’s wife was a novelist, penning romances for Harlequin. And his granddaughter is the novelist Serena Mackesy, who writes under her own name and as Alex Marwood. On top of that, Serena’s maternal grandmother also was a novelist. So I guess this is a family where generalship and novelship are somehow hereditary.