How Can the US Military Do Its Best If It Isn’t Given a Clear Mission?

The current Authorization for Use of Military Force pre-dates my commission by 5 years, and is still the same one … Continued 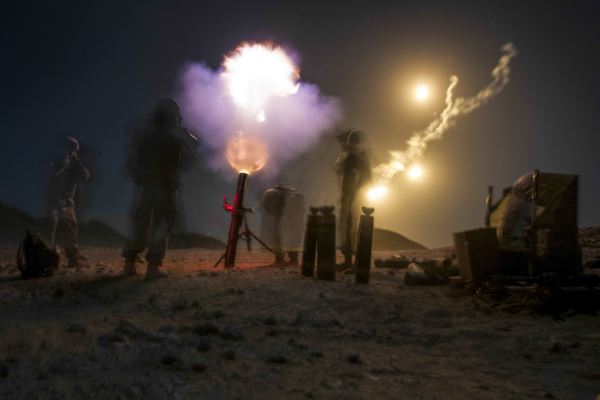 The current Authorization for Use of Military Force pre-dates my commission by 5 years, and is still the same one that remains in effect in my 12th year of service. A 17-year-old authorization being stretched to justify military action is not what I would really argue constitutes a well-defined strategy or mission for servicemembers. This will be even more true in a couple short years when force is being carried out by those not even born when the authorization was signed.

The very first squadron commander I had as a young Air Force lieutenant had a message he liked to deliver regularly: “Do the very best, at everything you do, every single day … and everything else will fall into line.”

It was a training squadron, and so he had regular occasion to deliver it with a captive audience of fresh faced officers. The first time I heard it I thought it was the greatest advice I had ever been given. The next few times I began to finish the phrase in my head before he did, and by the end of my time there I wondered if he had any other wisdom to impart and if this was just a saying that sounded good to a room of military types.

Almost 5 years later I was in the dining facility of a deployed location, zoning out and enjoying my powdered eggs when I heard a voice behind me: “Are you doing the very best at everything you do, every single day out here?” I stood up to see that same commander, now an O-6, sticking his hand out to shake mine. “It’s good to see you, Jason.” We talked for quite a while, catching up and discussing the current mission. There wasn’t a doubt in my mind he 100% meant every word of his advice. It had been 5 years since I last saw him, but he still had the same message and was living it out.

It seems like an easy ethos for a U.S. servicemember to live by, doesn’t it? Always do your best, and you’ll have nothing to worry about. There was something he always added to his refrain though. He always followed it up with something to the extent of “Your job is to become tactical experts and learn your craft. Your leadership will provide you the equipment, the training, and a well-defined mission. You just worry about doing your best.”

12 years into my career, I now offer up my own variation of that commander’s advice, but the follow-up point is always a sticking point for me.

Make no mistake, my view is not a challenge to what our policies are or should be. Our job is not to make the policy, just to do our role in carrying it out dutifully. We want to know we have the proper authorization, support, and backing of the United States, and we want to know what our mission is. There isn’t an organization on the planet that can give you better results with a well-defined mission.

Saying that a new AUMF is required does not mean I think we shouldn’t be under taking the actions that have been authorized with it. We will always stand ready to protect our security and interests. It just means I’d like to make sure our strategy is clearly defined and understood, there is proper funding, and that our civilian leaders have proper oversight.

Because someday I hope to be that trusted and respected leader who gives his people a well-defined mission, provides them the means to do it, and simply asks them to do the very best, at everything they do, every single day.

Jason Baker is a Major in the United States Air Force. He is currently enrolled as a Master’s candidate at American University’s School of International Service and holds a bachelor’s in political science from the University of Illinois. His views here are strictly his own, and do not reflect those of the United States Air Force or Department of Defense. On Twitter: @JasonBakerJB

2002 Authorization for Use of Military Force
AUMF
force
military
news