Book Excerpt: How The US Military Professionalized In The Early 19th Century

The year 1817 marked a dramatic transformation in the U.S. military establishment. After several people turned down President James Monroe’s... 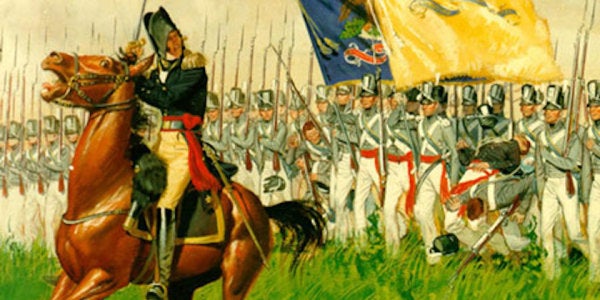 The year 1817 marked a dramatic transformation in the U.S. military establishment.

After several people turned down President James Monroe’s offer of secretary of war, he then asked the brilliant South Carolinian John C. Calhoun. The former War Hawk seized the appointment as an opportunity to demonstrate his administrative ability and further his case for the presidency. As secretary of war, Calhoun linked a military agenda with his nationalist policies, securing the status of the Army in the minds of politicians and the public. While Hamilton had sought a strong standing army to bolster the federal government and the Federalist Party, Calhoun carved a place for the Army and Navy within the larger framework of economic development and territorial expansion.

Calhoun proposed interrelated policies: a high protective tariff to foster the development of domestic industries, generate tax revenues, and create jobs; internal improvements to facilitate transportation, thereby reducing the prices of goods and tying the West economically with the older states; and a more powerful central government to promote economic development and expansion. As secretary of war, Calhoun viewed these policies from a military perspective. Domestic industries would encourage economic independence in wartime, and high tariff revenues would finance roads, canals, and a larger military force. Coastal fortifications and the construction of more frigates would protect American commerce and strengthen national defense. On the frontier, internal improvements would speed the movement of troops to hotspots, and a more elaborate frontier-fort system would protect citizens and develop a local infrastructure to service the troops there. When Congress sought cuts, he proposed an expansible army plan that would maintain the strength of commissioned and noncommissioned officers and would reduce the number of privates to a minimum. In a crisis, the Army could mobilize to a force of 20,000 by bringing in recruits (a tight-fisted Congress rejected it).

Calhoun upgraded professionalism by creating a Surgeon General and a Judge Advocate General to improve medical care and justice and streamlined a confused dual command structure and directed the flow of information along a direct chain of command. By linking the military establishment with national goals, Calhoun placed the Army and Navy on more secure footing and instituted important improvements.

Also in 1817, Maj. Sylvanus Thayer assumed the reins as superintendent of the U.S. Military Academy at West Point. After studying at French military schools, Thayer guided the Academy for sixteen years and instituted changes in curriculum and instruction that remain in place today, earning him the sobriquet “Father of West Point.” He emphasized engineering and the military art, established small class sizes with daily recitations and grading, and instituted the infamous demerit system.

With an eye for talent, Thayer brought in quality instructors to teach at West Point, the most famous of whom was Dennis Hart Mahan. A professor of engineering, Mahan authored numerous military books and treatises, was a disciple of Antoine Henri, Baron de Jomini’s writings on Napoleon, and founded the Napoleon Club, in which instructors presented papers on warfare. Collectively, Thayer, Mahan, and numerous other professors laid the foundation for the rise of military professionalism through instruction and inspiration, imbuing selected cadets with a passion to improve themselves and their chosen career.

The definition of professionalism has expanded over time, and few eighteenth and nineteenth-century officers would meet modern standards. But a profession is first and foremost an identity. Individuals perceive themselves as professional and others recognize them as such.

Within two decades of Thayer’s arrival, a majority of the officer corps was West Point graduates. That educational experience forged a bond and an intellectual foundation as they performed their duties. While many officers exhibited little interest in enhancing their knowledge and skills, others read materials, toured U.S. and European battlefields, discussed professional issues, attempted to improve weapons and equipment, and even published on military subjects.

Thus, the combination of Calhoun’s policies and the evolution of West Point laid the foundation for a more professional Regular Army.