A US Veteran Says, ‘That’s It, I’m Giving Up On The United States’ 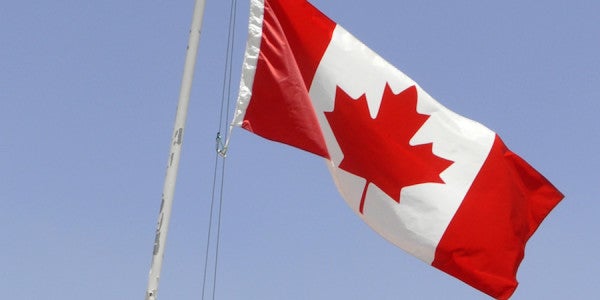 I’ve made a painful decision. I have decided to renounce my citizenship.

It isn’t a snap decision. Yes, Donald Trump bothers me, but I believe he is only one symptom of a larger national problem. This is the result of many years of internal debate that has now ended for me.

One reason for my decision is that my participation in the invasion of Iraq has weighed on my heart. As a naïve 19-year-old, I had believed that the war was justified. As the years passed, the more difficult it became to justify.

But my personal relationships tell me otherwise.

Since I left military service, the American “culture wars” have hurt many of my friendships with past colleagues. Gun control, Black Lives Matter, and the Obama presidency (to name a few) had all become issues that eroded the notion of brotherhood. Countless friends from my Army and Marine Corps service severed their ties mostly following a heavily publicized media frenzy. Some even posted rants on my timeline before doing so. What makes this painful were the years we spent together in often miserable conditions and mutual pronouncements of brotherhood. It is one thing when random Trump supporters or veterans like Kurt Schlichter say outright racist things. It is quite another thing when someone you know well calls you a traitor or believes that your wife should be barred from entry into the country based solely on her religion. The hateful reactions of my remaining veteran friends on Facebook during the first hours of Trump’s Muslim Ban were quite shocking.

Were my fellow Marines and soldiers hiding their prejudices the whole time? I'll never know and it'll likely to painful for me to hear. I don’t think I want to.

I think the United States needs a renewed era of civil disobedience to defend and advance the civil rights of Americans. Personally, doing so means putting my family in Canada at risk because if I am arrested while protesting in the United States, I might be barred from entering Canada, where I live, with my family. Thus I cannot ask others to do what I am unwilling to do myself. Nor can I calmly sit back and criticize the actions (or inaction) of my government from abroad without having any real skin in the game.

Therefore, the only way I can carry on my life in accordance to my values and principles is to renounce my citizenship.

Carlo Valle is a veteran of the Marine Corps and U.S. Army. A graduate of international relations at the Catholic University of Paris, he works as a freelance business consultant and researcher in Montreal.