It took me a long time to work out what was going on in Afghanistan. What I saw in front... 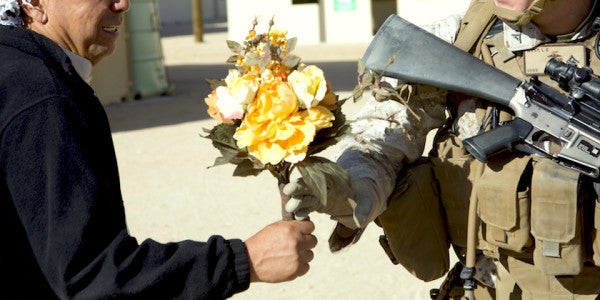 It took me a long time to work out what was going on in Afghanistan. What I saw in front of me—everyone’s behaviour—did not match any of the narratives describing the war. This mess was thrown into stark relief when I observed British company commanders in charge of the predominant fighting unit, a company of approximately 120 soldiers. My job was to train and advise such commanders, and I often worked with them from pre-deployment to the end of their tours in Afghanistan.

Before going to Afghanistan these men spoke, and mostly believed, in an ideologically defined war. By this, I mean the contemporaneous ideology in the army, the organizing principle to our actions: counter-insurgency. The population was the prize to be won, and the Taliban were a scourge on that population. In other words, they felt it really was about democracy, women’s rights, and defeating the extreme Islamist ideology of the Taliban.

This idealism never, except in very rare cases, survived the first casualty. Then, subtly, the rhetoric would change, and the war would be stripped back to its essentials: killing the other side, and making sure that your comrade had not died in vain. The war became more visceral. I also saw something else: teams pulling together in a way that I have not seen before or since. This dissonance also extended to the people trying to kill us. It was most obvious with so-called insider attacks when the Afghan army or police that we were trying to train and mentor turned their guns on us. At first, we explained these as ideologically motivated: the Taliban had ‘got to’ certain recruits, and their ideology had caused them to attack us. But, in all the instances that I investigated, there had always been a previous incident involving the killer. Perhaps one of their trainers had slighted them, or they had endured some other humiliation; perhaps revenge had been inspired by something, like their brother’s accidental killing in a coalition airstrike.

More widely than this, the people who shot at us daily were described as Taliban who, to a greater or lesser degree, were motivated by either religion or Islamist ideology. Yet, again, when I looked into it, I would find that small groups were motivated by feuds over land or were avenging a dead relative. Militias were fighting to keep the police out of their areas because the police stole their opium; people fought because the rest of their village was fighting. The ideology of jihad was merely a justification for a multiplicity of disputes over more immediate concerns.

This dissonance between what we said and what we saw was clear to many who fought the war. But, in a classic case of cognitive dissonance minimization, we ignored evidence that did not fit our prisms for understanding the war. The UK ambassador to Afghanistan at the time, Sir Sherard Cowper-Coles, described it to me as ‘self-deception’—he felt that we all saw what we wanted to see. We all self-deceived to a greater or lesser degree.

For all the combatants, the frameworks of the Afghan war(s) (1978–) represented an ideological landscape of attraction. For the NATO soldiers, had they unpicked a foundational premise of the war—for example, that we and the Afghan government were on the same side, and that appalling police behavior was an aberration rather than the norm—this would have led to the unraveling of a whole host of other narratives about the war, including our position within it in support of the Afghan government. I term this the self-psychological security argument. It was impossible to question the explanatory frameworks surrounding the war without removing our own raison d’être for being there.

The ideological narratives fitted the essence of the war extremely loosely, and actors on all sides cherry-picked evidence from their respective ideological frameworks. Truly, the underlying driver of the war remained the survival of each actor and their immediate group. So how did all these frameworks, narratives and ideas interact with the main point of the war: to survive? Essentially, the character of the war was one of manipulation, specifically four manipulations used by pretty much all of the Afghan actors: side-switching, betrayal, denunciation, and collaboration.

This meant that—during every era of the conflict—Afghans pursued their own personal and group interests, yet justified them in the dominant ideological narrative of the outsiders. Thus, an old personal enemy would be described to the foreigners as a Talib, or a Mujahed, in order to get the foreigners to kill them. When actions of the foreigners were deemed to impinge upon the interests of a particular Afghan actor, appeals would be made to the defense of Islam. In short, pursuit of personal interest—accruing power (status) and allies (belonging) in order to survive—was always justified by the prevailing ideological framework.