In a 2015 U.S. Army Heritage and Education Center presentation for his book “Doughboys on the Great War: How American … Continued 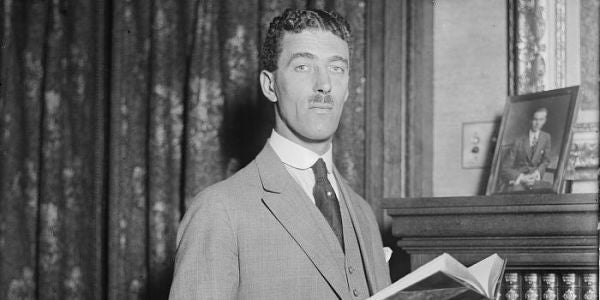 In a 2015 U.S. Army Heritage and Education Center presentation for his book “Doughboys on the Great War: How American Soldiers Viewed Their Military Experience” (available on YouTube), Dr. Edward Gutierrez included an interesting quotation from author Coningsby Dawson, who had served with the Canadian Field Artillery in the area around the Somme for two years from 1916 to the end of the war.

As Dawson saw the Lost Generation meme begin to take hold in the popular imagination through the writings of Dos Passos, Hemingway, and Fitzgerald in the decade after the war, he attempted to fight a rearguard action by insisting the following:

Men get out of the war what they brought to it… Except in rare instances the war did not recreate men; it only made emphatic in them tendencies that had been latent.

It is an interesting observation that gave me pause. I have turned the proposition over in my head many times, both with regard to those with whom I served and to myself. As much I wanted to deny it, I hedged and came down on the side of mostly true, for all the good and bad that implies.

Repurposing Dawson’s statement as a question makes for an illuminating mental exercise when considering the achievements and fates of both historical personalities and fictional characters. Instead of thinking about what “delight of battle… far on the ringing plains of windy Troy” did to Achilles, Hector, and Odysseus, it may be just as worthwhile to explore what each man brought to the war, and how that affected their actions and destinies. What did Benedict Arnold bring to the American Revolution? What did Pierre Bezuhkov and Prince Andrei bring to Borodino? Alvin York and and Desmond Doss to their respective crucibles in the Argonne Forest and Hacksaw Ridge? What did Lieutenant Calley and Hugh Thompson each bring to My Lai?

Dawson’s proposition may be suitable when dealing with the aftermath of war as well. Maybe it is possible to help veterans who are struggling by not only focusing on what they did in war or what it did to them, but by also helping them work through what they brought to it.

John Throckmorton is a business executive who lives with his family north of Atlanta. He was a U.S. Army officer for 20 years.