‘Heads Down, Thumbs Up’ Is No Way To Go Through Life. We Need Our Leaders To Show Respect, Humility, And Inclusiveness

Over the holidays, I was drawn into a game of “heads down, thumbs up” with my grandchildren. The game originated... 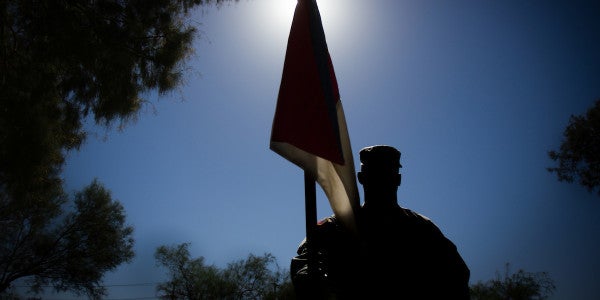 Over the holidays, I was drawn into a game of “heads down, thumbs up” with my grandchildren. The game originated in the 1950s, but it’s still a great way to entertain a group of 4-to-8-year-olds. Players around a table lower their heads into their folded arms to shield their eyes and extend an arm into the middle of the table with the thumb up. Several other players walk around the table and push down the thumb of a player they’ve selected. At the command “heads up” the players around the table must guess who pushed down their thumb.

The game doesn’t require much thought, obviously, and so my mind drifted when one of our young grandsons declared “heads down, thumbs up” to start another round of play.

As I sat there with my head in my arms, I started to think about how this children’s game was a pretty accurate metaphor for how we seem to be dealing with each other and with the big issues facing us as a nation these days. In the current era of ubiquitous, often confusing, and frequently contradictory information, we all have our heads down in our mobile devices and our thumbs up concluding that we’re right all or at least most of the time. We’re “heads down and thumbs up” because, as far as we can tell, from what we choose to know, we’re doing fine.

Don’t get me wrong. I’m not against being more connected. We know a lot more than we did even 10 years ago. On the other hand, I’m not sure we understand more. The problem is that we often use the information made available to us by these mobile devices to affirm our beliefs not challenge them and to connect with those with whom we agree while distancing ourselves from those with whom we disagree. We are contributing to an environment where facts are fragile and repetition is more persuasive than research. We are becoming inward looking and overconfident. But does it really matter?

This isn’t idealism; it’s pragmatism. The fact is that going it alone in the world I’ve described will inevitably produce prohibitively expensive, sub-optimal solutions, that are unlikely to endure.

This is where leadership comes in. Collaborations don’t just happen. They take work, commitment, courage, and a lot of trust. They take time, time to build relationships, time to harvest knowledge, time to develop suitable options, and time to make optimum decisions. There are a few leadership attributes that become more important than others in this environment. My instinct is that these attributes are those that have defined us when we’re at our best, as individuals, as leaders, and as a nation.

Chief among them is respect. Any meaningful relationship, and any effective collaboration, starts with respect. At the start, it is offered unconditionally and then earned — or withdrawn — over time. It isn’t offered in deference to power or wealth or influence. In fact, the stronger party in a relationship bears more responsibility for demonstrating respect than the weaker. Leaders who seek respect, must give respect.

Respect becomes genuine when it is accompanied by humility. Leaders who are humble are more approachable, more genuine, and more trustworthy. To be sure, the very best leaders are also ambitious and self-confident, but they channel their ambition into seeking to be the best on behalf of their team and their organization. They channel their self-confidence into working on behalf of those they are privileged to lead. Humility encourages trust. With trust, almost anything is possible in a collaboration; without trust, almost nothing.

With the barrage of often negative information around us, we have to work to avoid becoming immune to the challenges others face. Effective leaders have a sense of empathy. They listen. In listening they learn. In learning they become empathetic. Empathy is the voice of compassion in our ear. It is the check on our personal ambitions and encourages us to consider implications beyond ourselves. Effective collaborations require a high degree of understanding and empathy.

Finally, leaders who effectively manage uncertainty, overcome complexity, and keep pace do so because they are inclusive. Inclusive leaders build more bridges than barriers. They focus on what unites us. They build trust. The collaborations of an inclusive leader produce more informed solutions that are therefore more likely to endure.

Forty years ago, rock music legends The Who memorably asked, “who are you?” Today we ask, who are we? More than ever before, we are called to be champions of truth, justice, diversity, and equality. To answer that call, leaders must be respectful, humble, empathetic, and inclusive.

So heads up, thumbs down to the idea that as long as we’re fine individually, everything is fine. We’ve got work to do. Clearly, in the world of digital echoes, competing narratives, and fragile facts, it’s not only what we accomplish but how that matters.

Gen. Martin Dempsey, U.S. Army (Ret.) was chairman of the Joint Chiefs of Staff from 2011 to 2015. He is co-author, with Ori Brafman, of Radical Inclusion: What the Post-9/11 World Should Have Taught Us About Leadership,to be published next month.