10 Things We Know For Sure About Modern Veterans

Over the last 15 years, Iraq and Afghanistan veterans have been studied and dissected from innumerable angles. No group has … Continued 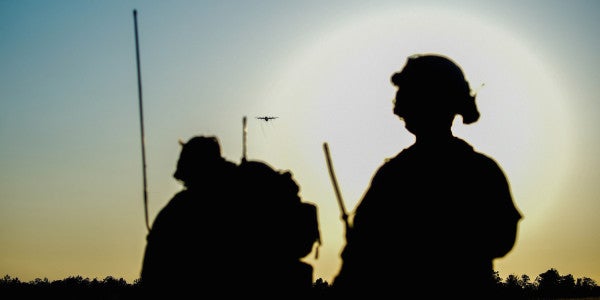 Over the last 15 years, Iraq and Afghanistan veterans have been studied and dissected from innumerable angles. No group has spent more time studying their needs, habits, challenges and strengths than the nonprofit RAND Corporation, which focuses on developing public policy solutions to complex national problems.

RAND has released a new report — Ten Frequently Asked Questions About Veterans’ Transitions — that sifts through a wealth of studies it conducted over the last decade to highlight findings about veterans' transition and reintegration.

Thanks to RAND’s commitment to ask the right questions and exhaustively examine available data, the 10 findings, summarized below, remain valuable for current policy discussions.

Related: 6 Transition Mistakes To Avoid When You’re Getting Out Of The Military »

1. Veterans succeed in the civilian workforce.

Unemployment and labor force participation rates among post-9/11 veterans have remained on par with the comparable civilian population. While veterans ages 18–24 do face more hurdles than comparable civilians immediately after leaving the military, the gap only exists for a short period of time. Overall, post-9/11 veterans are actually more likely to be employed full time than their civilian counterparts.

Despite a common view inside and outside the military that service members make financial sacrifices, “both current service members and veterans earn more than demographically comparable civilians.” The earnings premium increases over the time of service and continues to exist upon separation, except for service members who do not complete their initial service commitment

3. Reservist deployments cause a spike in unemployment benefit claims.

The wars in Iraq and Afghanistan required the mobilization of large numbers of reservists for extended periods. This resulted in a sharp rise in claims for unemployment compensation for former service members. The caseload spike was largely caused by these reservist mobilizations, which broadened the eligibility pool and increased the number of claims.

Mental and physical disabilities can be extraordinarily costly to veterans, reducing their earnings potential, increasing their healthcare costs and saddling them with a host of other burdens. On average, disabled veterans receive support that more than equals their lost earnings. Yet not all groups are as effectively compensated. Complicating the situation, RAND found that generous disability payments could create incentives for some veterans to not return to work.

The creation of tax credits that incentivized employers to hire disabled veterans led to an increase in hiring and aggregate earnings during a period of temporarily increased veteran unemployment. The tax credits, in the years studied, cost approximately $600 million while increasing disabled veterans’ overall income by more than $1 billion.

6. Not all veteran employment initiatives are created equal.

RAND looked at a number of public and private sector programs to help veterans find jobs, and found large variations on their abilities to create and measure impact for veteran job-seekers. Good intentions only matter so much; execution is key in reaching veterans and facilitating their connections with potential employers.

For-profit schools have been popular with veterans because they are seen as being “adult-oriented, career-focused, and flexible.” Veterans also like the practical focus of the curriculums and the convenience of online courses and multiple campus locations. Yet as we have seen through recent news reports, for-profit schools are often bad choices for veterans. RAND found that for-profits’ “deceptive practice, high dropout rates, and lower post graduation employment rates” can diminish their effectiveness while costing the government more than not-for-profit institutions.

Productivity losses from PTSD and serious depression cost the U.S. billions annually; despite efforts to provide more effective treatments, there are two problems to still confront. Many afflicted veterans do not receive adequate help from medical or mental health experts, while others do not seek help because of the enduring stigmas about about mental health issues. Adoption of evidence-based treatments could save more than $1,000 per returning veteran by increasing productivity and reducing suicides.

Despite rising more than 50%since 9/11, the military suicide rate (distinct from the veteran suicide rate) has remained lower than that of the comparable civilian population. The Department of Defense spends billions on prevention research, but much of the funding was focused on reinforcing the value of proven treatments, and not exploring new or untested treatments to expand treatment options. DoD efforts also suffered from a “research-to-practice gap, often failing to respond when new evidence emerges, or to share and implement best practices.”

Researchers would benefit from mapping veterans’ employment paths in order to develop a better understanding of how veterans' experience and military skills can apply to the civilian workplace. They should also study “veterans’ educational outcomes to determine how veterans are faring and what their returns from education are.” Finally, RAND calls for the creation of a new longitudinal study of veterans that follows a cohort through every phase of their life post-military to create a comprehensive system of data on the veteran experience.