Most of my adult life, both in and out of the Army, I dreaded Mondays. Whether you are a cubicle … Continued 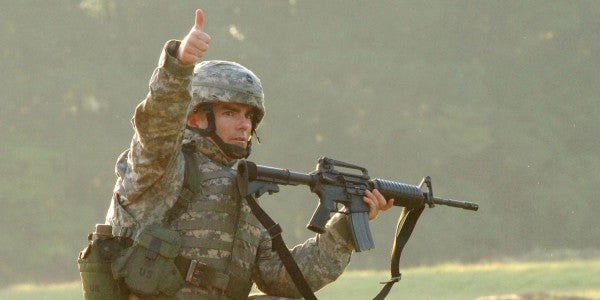 Most of my adult life, both in and out of the Army, I dreaded Mondays. Whether you are a cubicle dweller or just released from a Friday final formation, that feeling of freedom on a Friday night is unmistakeable. By Sunday night after Games of Thrones, the creeping dread of Monday is coming full force. I found myself in a self-defeating circle a while back and found a way to sidestep this issue and embrace a new way of viewing Mondays: by making Monday your day to start out crushing your week.

I am not going to espouse a #CarpeDiem approach to life, but I did forget for awhile after leaving active duty that any day could be your last. I saw a great TED talk while eating my lunch at my desk on a Monday not hustling to make my life better. Entrepreneur Gary Vaynerchuk had a simple message for me that day: Live your life to do what you love, and if you aren't doing that, then starting moving on that direction.

So on that depressing cubicle lunch, I started moving in a direction where I could look forward to Monday. After all Monday is the first day of the work week where you can use all of the steam you built up over the weekend to plow through obstacles.

So, what? You hate your job? Use it to create a legacy.

In a Task & Purpose article, Paul Mooney told a story about how he used the job he hated to find what he loved. It’s okay to have a bullshit job when you get out of the military. It’s a job, if it helps you pay the bills and get you towards your life goal, then great. Start your side hustle, launch a business, network. Chances are you haven’t figured out what exactly you want to do, or your “dream job” of playing Xbox and drinking Wild Tigers probably won’t pay the bills.

My first job off active duty was not a great fit for me in a large way because I needed to mature as a civilian and shed some bad habits. Don’t put the strain on your family or your own psyche by being without a job while in transition or after leaving the military. When you find your next opportunity, be ready to jump on it. If you are in a position you hate with people you hate, self-reflect and see if it’s you or them. If it really is them, utilize the skills you learned hanging out with third-world security forces and make it a game, trying to influence and win the local population in your own insurgency.

Stop waiting for the weekend.

Pop culture, the malt liquor industry, and other crap out there tries to convince people that you need to be #TGIF basking in the freedom that the end of the work week presents. Many Fridays I’m on the road heading to my side gig as a National Guard helicopter pilot, it's way better than happy hour with Carl from HR. The idea of looking forward to the “freedom” of the weekend is a trap. Life in America presents so many opportunities that the weekend should be where you tee up your options for the week. I use it mostly to spend time with my family, read, and get ready to work on my side projects whether that be writing or serving in the guard. There’s nothing wrong with having a few drinks on Friday with friends or colleagues; heck, it’s a great networking opportunity to capitalize on next week, but don’t make it the only thing you look forward to all week.

Experienced Navy SEAL commander and best-selling writer Jocko Willink who ran SEAL operations in Ramadi during 2005 has a saying on his podcast: “Discipline equals freedom.” While this sounds like something a drill instructor might say to new recruits, it is true. Freedom of choice can be an overwhelming burden to many. Monday is a day to establish your routine and utilize a disciplined approach to tackle the week. Get up early, fight the urge to hit the snooze, get prepared for your day, maybe do a few push ups — chances are you could use it. Success is based on a mind set that you can develop each day with a little discipline.

Get by with a little external motivation.

Somedays I wake up and can’t shake the begrudging feeling of shuffling off to work. Thankfully, due the wonders of the internet, there is the ability of a non-stop flow of motivation. Find what works for you whether it be motivational videos from your favorite veteran entrepreneurs at Article 15 Clothing, or theme music from a movie hero montage. Be self-aware enough to know when you are stuck in a rut and use the tools out there to get you back on your feet ready to crush adversity.