The 20 Best Cities For Veterans To Live In

Looking for a place to hang that framed DD-214 after leaving the military? No, of course not. Nobody does that.... 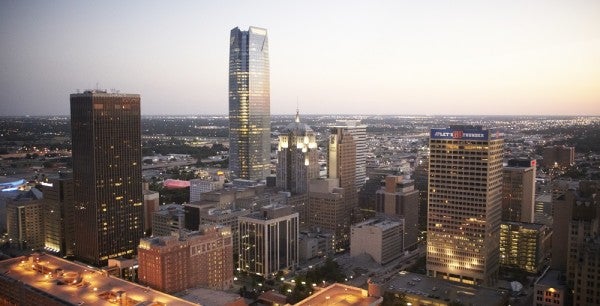 Looking for a place to hang that framed DD-214 after leaving the military? No, of course not. Nobody does that. That’d be absurd.

However, if you are looking for a vet friendly place to hang your hat, then your best bet is going to be Oklahoma City, Oklahoma, according to Navy Federal Credit Union’s ranking of the top 20 cities for veterans.

The inaugural “Best Cities After Service” list comes from Navy Fed and Sperling’s BestPlaces, which ranked the top picks based on a variety of vet-specific metrics, from veteran success and wellness, to veterans’ income, unemployment rates, access to Veteran Affairs hospitals, and proximity to military bases.

Factors that contributed to overall quality of life — such as access to airports, median home cost, crime, household income, colleges, and arts and culture — were also taken into account.

After Oklahoma City, here are the top cities and metropolitan areas for vets:

Oklahoma City, for its part, earned its top spot for performing well on both the vet-centric metrics, and overall quality of life, and scored “particularly well in the categories of high incomes and income growth for veterans, low unemployment among veterans and the number of veteran-owned businesses,” Bert Sperling, the founder of Sperling’s BestPlaces said in a statement.

Based on data from the U.S. Joint Chiefs of Staff, each year, more than 250,000 service members transition out of the military — and naturally, they’re in search of a new place to settle as they transition from post-military life.

“Right now, a number of factors make certain areas of the country ideal for veterans who are moving into civilian life,” Robert Frick, a corporate economist for Navy Federal, said in a statement.

“The key factors are where the economic expansion is still going full throttle, which is creating new job and business opportunities for millions of Americans. Personal success is much easier when the economy around you is healthy, and a healthy economy is also a major factor in a better quality of life. ‘Best Cities After Service’ helps veterans find these pockets of prosperity.”

SEE ALSO: How To Get Out Of The Military With A Lot More Paper In Your Wallet Than Just A DD-214