Who Gets to Call Themselves a Combat Veteran? Women Vets as Political Candidates

Welcome to The Bridge, a regular column from Andrea N. Goldstein on the experience and challenges of transitioning from the military to civilian … Continued 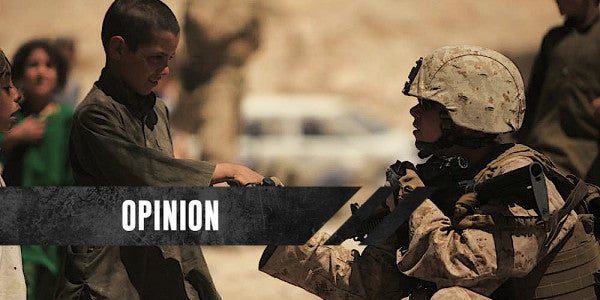 Recent reports that the service records of female veterans running for elected office are facing attacksfrom their male political rivals stirred up some bad memories.

A few years ago, as we walked near campus after a class in graduate school, we talked about why women veterans seemed more reticent to talk about their military service than men. The two of us, both Navy veterans, were both proud of our service but reflected that even when we were serving, our service was often treated as if it was less valuable than that of the men we served next to, devalued only because we happened to serve while female. We’ve both been asked the same frustrating question: “You didn’t go in harm’s way, did you?”

Often accusatory or dismissive in tone, the question assumes that women are appendages to the “real” military. But historically, this has never been the case. The military is dangerous work and women have fought and died alongside male service members in the line of duty since the earliest years of the U.S. armed forces. Even well before they could officially join the military as nurses, women disguised themselves as men to fight, or served in roles like intelligence or logistics, that are now military occupational specialties. Some, like Deborah Sampson, who was wounded in battle during the Revolutionary War, actually went on to receive a pension.

Related: The American Women Who Served In Combat Before You Were Born »

The U.S. government, however, has often minimized the role of women because of fear of political and public opinion backlash. Even the definition of “combat” itself is sticky. According to the Internal Revenue Service, a service member is eligible to receive Combat Pay (a.k.a. Imminent Danger Pay) if they served in a Department of Defense or Executive Order designated combat zone, which includes both landmasses, air spaces, and bodies of water.

The U.S. government has changed the definition of what constitutes combat over a half dozen times since 1948, the year women were first accepted as active duty servicemembers. Even after lifting the ban on women flying in combat missions in 1993, the Pentagon took great care to state that women were excluded from “engaging in direct combat on the ground.” The real reason for changing the definition of “combat” was simple: to say that women weren’t in it. Combat — whatever it meant — was a protected space. As one of us recently wrote, combat “is often deliberately paired with defining masculinity: combat is where the men are; men are defined by combat, and combat service is privileged.” Ironically, as long as women were excluded, “combat” was a so-called “safe space” to prove masculinity.

In Operations Iraqi Freedom and Enduring Freedom, women served “in support of” but directly alongside special operations units as members of “Cultural Support” and “Female Engagement” Teams. Nevermind that these women were specially trained alongside their male counterparts and deployed to the exact same dangerous areas. Words matter, and as long as we didn’t say women were serving in combat, they weren’t there. Combat becomes a moving target: if your foot doesn’t physically kick in a door, it’s not combat, right?

The fractious conflicts that have taken place post-9/11 have made it very clear that there is no such thing as “front lines”: an attack can take place at any place, and any time. Beyond that, military service is inherently dangerous: more service members are killed in accidents than in combat. Moreover, the shamefully high rate of sexual assault in the U.S. military means a woman is more likely to be attacked by her own teammates than the enemy.

Just as words matter in shaping and defining roles in the military, they matter on the political battlefield. According to the political opponents of Senator Joni Ernst, and more recently, Congressional candidates Maura Sullivan and Lynne Blankenbecker, combat is not a term they are authorized to use when discussing their military service. But why? Opponents claim that if they do not have combat decorations such as the Combat Action Badge and Combat Action Ribbon, they do not qualify as combat veterans.

It is absolutely important for veterans seeking to continue serving their country in elected office to ensure that they are honestly portraying their military experience to their voters and constituents, most of whom have very little first-hand knowledge of military life. Veterans Campaign, a non-partisan non-profit organization committed to preparing veterans for a “Second Service” in civic leadership, teaches a signature workshop module titled “Bulletproofing Your Service Record,” to help veterans understand how to genuinely and unpretentiously communicate their background to voters in a way that they can understand and relate to.

None of the candidates we’ve discussed claim to have served in missions or operations where they did not, nor are they claiming to have awards they did not receive. At what point do we say “enough is enough” and stop debating the minutia of what combat is and who was there? Attacking another veteran’s service in this manner, is “blue falcon” behavior, petty, backstabbing, and antithetical to being part of the military community. We are on the same team, deeply committed to our country. Service is about giving what you have to give to your country and a community, and these women are trying to do just that. That should be enough.