Rush University Medical Center will receive up to $45 million — its largest single donation ever — from the Wounded... 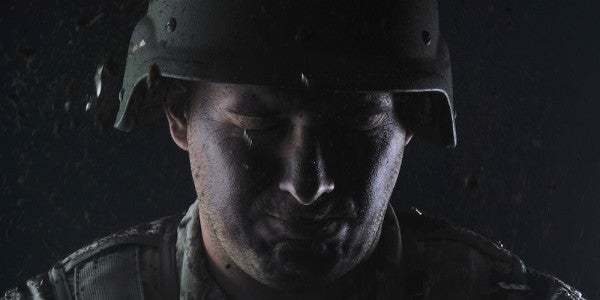 Rush University Medical Center will receive up to $45 million — its largest single donation ever — from the Wounded Warrior Project to provide mental health services to thousands of additional veterans.

Rush will put the cash toward its Road Home Program, which treats veterans with post-traumatic stress disorder, traumatic brain injuries, depression, anxiety and related conditions at no cost to patients. The program, which also helps the families of veterans, has treated more than 1,000 people since launching in 2014. The new donation is expected to help Rush treat another 5,000 veterans and their family members over the next five years.

“We’re thrilled,” said Dr. Larry Goodman, CEO of Rush. “Besides the size of the donation, what it goes for is incredibly important. The services provided by the Road Home Program really treat those invisible injuries of war, which are unfortunately all too common in people returning from defending our country.”

The donation will help more than 1,500 veterans participate in a three-week intensive outpatient program at Rush, geared toward those with post-traumatic stress disorder who aren’t responding to standard treatments. As part of the program, groups of eight to 12 veterans from across the country receive more than 100 hours of treatment, including behavioral therapy, yoga, art therapy and acupuncture.

The money — to be paid incrementally over the next five years, contingent on Rush treating certain numbers of patients each year — also will help another 3,500 veterans and their family members receive outpatient therapy, counseling and other services.

Related: For Most Vets, PTSD Isn’t The Problem, ‘Transition Stress’ Is. Here’s What That Means »

The intensive program can help veterans who’ve often witnessed “terrible things” face and manage their feelings, “so they can try to make their peace with it,” said Dr. Mark Pollack, founding director of the Road Home Program.

Veteran Jessica Burgans knows firsthand the difference the program can make. She said it not only made her a better wife and mother — it also saved her life.

Burgans, who lives near Seattle, served as a combat medic in Iraq in 2004 and 2005. She was trained as a “Lioness,” a woman sent to the front lines despite a ban at the time on women serving in combat.

“Being a medic, I saw death every day, amputations and burns from head to toe. I’d have to pick up remains of soldiers where we could only find a big toe, and we’d send that home to their family so they could at least have something to bury,” Burgans said. “I witnessed people die within a couple of feet of me.”

When Burgans returned home in 2005, she tried to work as an emergency medical technician, but the stress proved too much given her experiences. She cycled through a series of 14 jobs over nine years and suffered from alcoholism.

Over that time, she sought help, but the turning point didn’t come until she took part in Rush’s intensive program last year. She said it helped to be surrounded by veterans with similar experiences, and she learned coping mechanisms.

Burgans, now 34, said she no longer drinks and has held a steady part-time job for the last year.

“I cope so much better when I do have a moment of anxiety or triggers,” Burgans said. “It would have been impossible to get that kind of healing going to a therapist once a week.”

The Florida-based Wounded Warrior Project is a nonprofit dedicated to supporting veterans. The organization’s CEO, retired Lt. Gen. Mike Linnington, called the work Rush does with veterans with post-traumatic stress disorder “nothing short of miraculous.”

This isn’t the Wounded Warrior Project’s first donation to Rush. In 2016, the organization gave Rush a $15 million grant to help it develop its intensive program, among other things. The group also is giving money to help support veterans at Massachusetts General Hospital in Boston, California’s UCLA Health and Atlanta-based Emory Healthcare.

“Treating invisible wounds of war of those who have served our country, I believe, is a national responsibility, and a responsibility of everyone,” Linnington said. “For us this is a smart investment. It’s an investment in our warrior population.”

Before now, the two largest donations given to Rush were $20 million each, one for advanced imaging centers and another for facility construction.