Sometime after I returned from a deployment in Afghanistan in 2010, Sebastian Junger and the late Tim Hetherington’s documentary film … Continued 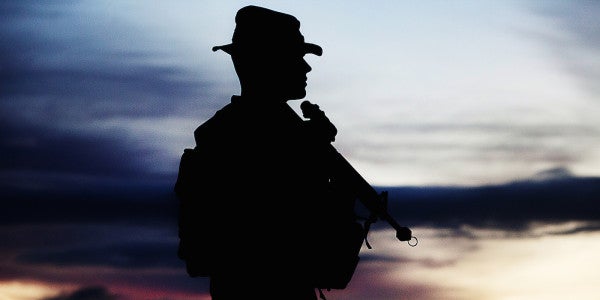 Sometime after I returned from a deployment in Afghanistan in 2010, Sebastian Junger and the late Tim Hetherington’s documentary film “Restrepo” was released. Many service members anticipated the documentary, and having gone through a U.S. Army leadership school with many of the film’s enlisted soldiers a year prior and my former mentor being a public affairs liaison to the unit, I was among the curious. A year later in 2011, my unit was tasked to close the door on operations in Iraq. As resources became limited and mail service stopped, Junger’s “War” was passed around and read throughout our offices.

It seems fitting that the release of Junger’s latest book, “Tribe: On Homecoming and Belonging,” coincides a couple years into my own struggle with leaving my military community and placement in society.

“Tribe” picks up where “War” left off: exploring history, psychology, and tribal communities to grasp how people respond to and survive calamity and catastrophe.

“Tribe” isn’t solely about war or soldiers. Rather, it pinpoints events in history and examines the human condition throughout war-torn and disaster-stricken communities where group loyalty and cohesion in the face of hardship was the key to survival. As advances in modern society flourish, allowing for more individualistic choices and self-reliance away from communal groups, Junger asks why — despite such miraculous advances — we can be surrounded by people and yet feel dangerously alone. He uses these advances in society, varying degrees of affluence, government fraud, financial industry scams, and economic injustice as a vehicle to discuss mental health, suicide, and the isolation of a divided society. Multiple cross-cultural studies show, “rather than buffering people from clinical depression, increased wealth in a society seems to foster it.”

While society tends to view war as the main cause for post-traumatic stress disorder, Junger argues that modern society itself — with its inherent isolation — is partially to blame.

Through “Tribe,” Junger challenges the narratives that have been hammered into our national dialogue and passed on as fact: the deceptive, incorrect estimate that 22 veterans a day commit suicide; the unfounded assumption that suicide is a direct result of post-traumatic stress disorder and combat; and the subsequent victimhood a society projects onto its veterans and service members.

For many veterans, radically accepting and understanding the symptoms and root of post-traumatic stress can be aggravating. As one doctor in the book says, “For most people in combat, their experiences range from the best of times to the worst of times. It’s the most important thing someone has ever done — especially since these people are so young when they go in. … They’re going to miss being entrenched in this defining world.”

For all the paradoxes combat and deployments engender — destruction and loss of life, unity, selflessness, and loyalty — Junger perfectly captures how it can be, “utterly intoxicating to the people who experience them.” People miss the close-knit group and sense of community, not the actual war or danger of the shared experience. That sense of loss when service members return home and leave the service is powerful.

If understanding the bonds developed by hardship and sacrifice were any indication of how our current society receives its veterans, the proof isn’t exactly in its patriotic parades or mainstream media’s common portrayal and hero worship of veterans. While well-intended, parades and hero worship often feel more like a band-aid or fashionable community service hour logged rather than a deeper understanding of what real sacrifice yields for a community.

As an anthropologist describes in the book, “We are not good to each other. Our tribalism is to an extremely narrow group of people: our children, our spouse, maybe our parents. Our society is alienating, technical, cold, and mystifying. Our fundamental desire, as human beings, is to be close to others, and our society doesn’t allow for that.”

It could even be said that due to valorizing our veterans, our profoundly disconnected culture and society often romanticizes veterans to the point of blindly accepting valor when it’s borrowed or stolen, yet simultaneously assumes every veteran is suffering from severe post-traumatic stress disorder and therefore is viewed as a victim or ticking time bomb. Veterans, mental health issues, and suicide have all become dangerously inseparable from one another.

“Tribe” challenges conversation and narrative of how Western society receives those who’ve experienced trauma, loss of a close-knit community, and purpose in recovery. It asks what makes us good and what it will take for a de-tribalized society to return to the old truths and virtues that embrace and practice sacrifice for the collective good.

In an increasingly divided society, veterans are often hustling to positively fold back into the fabric of a hometown or new community with clear purpose without fulling realizing what it is they know they’re missing.

As despairing and isolating as the struggle may be and feel, “Tribe” firmly mirrors that we were never meant to go it alone.

“Tribe: On Homecoming and Belonging” is available for purchase now.