Congratulations! You have successfully entered the civilian sector and landed your first job after separating from the military. Yet, your... 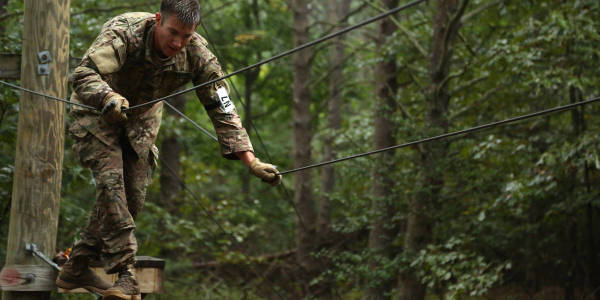 Congratulations! You have successfully entered the civilian sector and landed your first job after separating from the military. Yet, your transition is not complete. There are some military mannerisms that you’ve acquired while serving that can sabotage all of your success.

Whether you served as a Marine infantryman in combat or as an Army clothing repair specialist, the immersion into the military culture is undeniable. Certainly, there are events that cannot be unseen, unheard, or undone. No one can take away your experiences, but some military behaviors must remain in the military. Here are three habits to leave behind as you starting applying for jobs in the civilian world.

“That new guy is a great worker and he gets the job done, but every time I tell him to do something he calls me Roger.”

If you don’t want your civilian colleagues or even worse, your boss, to get misconceptions about you, stop the military talk! We all know what happens when we assume that someone understands the words we speak. Remember, you had a life before becoming a service member and the jargon had to be learned in order to function within the organization.

Therefore, jargon can be unlearned. If you are having a difficult time adjusting, integrate yourself into the job culture, take some college courses, read books aloud, and stop playing video games in your underwear for a while. Make a conscious effort to talk as the rest of the world does or you’ll be talking yourself right into the unemployment line.

2. Send the power trip on a permanent hiatus.

If you’ve secured a management or supervisory position, leave the rank at the door. In the military, lives are dependent upon a leader’s action or inaction. As a civilian, don’t let civility fall to the wayside. No one’s life will be in jeopardy if documents aren’t filed immediately.

While some directness is appropriate; you cannot make your colleagues do push-ups or tell someone to “get their nasty, goat-smellin’ butt” back to work. Instead, use the extensive mentoring tools taught to military leaders and make workplace mishaps coachable moments without the public shaming or degradation. The proper building of trusted, cohesive teams will increase your worth as a civilian leader.

3. Burning the midnight oil will burn you out.

For years, the mission was first and your welfare was last. Now that you are a civilian, the time has come to focus on yourself. Let me put this in terms you might better understand: Don’t Charlie Mike until your life is FUBAR. There will be FRAGOs but few BOHICA moments that you won’t be able to handle during regular working hours.

In most cases, you work late because of the mismanagement of time or priorities. Constantly working late will not win favor with bosses, colleagues, or your family. The importance of a work-life balance cannot be overstated as you’ve done extremely hard work in the service that some will never understand. Make the most of scheduled work hours and shift the focus from your civilian mission until you clock-in again the next day.

Your military experience will live within you forever whether you like it or not. No one wants to take that away from you. Yet, it’s imperative to unlearn old habits that prove detrimental to success and learn new ways to communicate and work effectively in a different environment. With a little effort and understanding, you’ll be able to nurture meaningful relationships with your new civilian family.