Month after month, the U.S. Bureau of Labor Statistics (BLS) reports that U.S. veterans are doing better than non-veterans in... 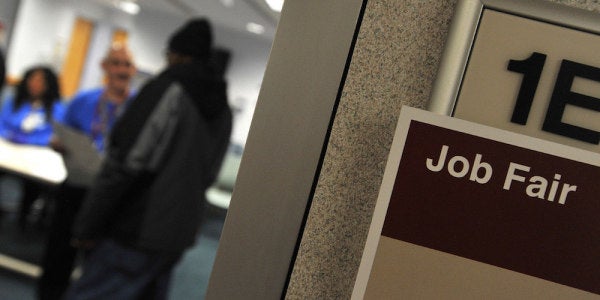 Month after month, the U.S. Bureau of Labor Statistics (BLS) reports that U.S. veterans are doing better than non-veterans in the job market. In October, the BLS indicated that veteran unemployment was just 2.7%, compared to 3.8% for non-vets.

However, these figures paint an incomplete picture of what’s really going on.

As executive director of the Call of Duty Endowment, which has funded the placement of more than 40,000 job-seeking veterans since 2009, I work closely with organizations that help vets and transitioning service members find meaningful employment after the military.

For years, these nonprofit have argued their on-the-ground experience contradicts the BLS, and demand for their services is ever increasing. Knowing veterans comprise 8.3% of the U.S. adult population and 6.4% of the civilian labor force, according to BLS, we’ve been particularly concerned to hear that more and more veterans are seeking employment help.

To figure out why, the Call of Duty Endowment partnered with ZipRecruiter to quantitatively assess the anecdotal evidence that increasing numbers of veterans are struggling to find employment or face underemployment challenges following their service. Our study — the largest of its kind — definitively concluded that nearly one-third of veteran job seekers are underemployed — this is a rate 15.6% higher than non-veteran job seekers.It’s clear there’s a problem. It’s also clear the U.S. government’s methods for tracking this information are failing to capture those who are struggling to make ends meet after service.

By leveraging the résumé data of more than six million job seekers on the ZipRecruiter platform (547,941 of whom were veterans), our researchers set out to identify areas where veterans were significantly different from non-veterans with respect to their education, employment, geography, and job-search activity. In addition to learning how many veteran job seekers are underemployed, we found:

It’s clear from these results that the first job a veteran takes after military service is often a bad fit, with former service members taking jobs beneath their skill and experience levels. And, these results fly in the face of the BLS narrative.

Practically everyone in government and much of the media relies on the BLS veteran employment numbers, and yet they don’t account for veterans who are underemployed or those who have stopped looking for work altogether. Even more disturbing, the BLS report makes determinations about individuals’ employment status by relying on data from one misleading question the census asks each month: “Did you do any work for pay last week?” Under that standard, mowing your neighbor’s lawn for $20 gets you counted as employed. That kind of income obviously doesn’t allow a veteran to create stability for themselves and their family after their service.

The bottom line: A significant percentage of veterans are not finding meaningful and sustainable employment after they get out of the military, and we as a country need actionable and better-quality data on the economic health of these veterans so we can create the right solutions and allocate resources appropriately. Government statistics must begin to constructively address the issue of veteran underemployment so organizations can work with the government to improve the Transition Assistance Program, counseling services, job training, job search, and networking programs that get our veterans back to work.

We hope the BLS will take a much-needed hard look at its methods and adjust so we can truly begin to understand the depth of veteran economic health issues and how to solve them.