In the dead of night in September 2012, a U.S. Marine Corps outpost in Afghanistan awoke to the sound of … Continued 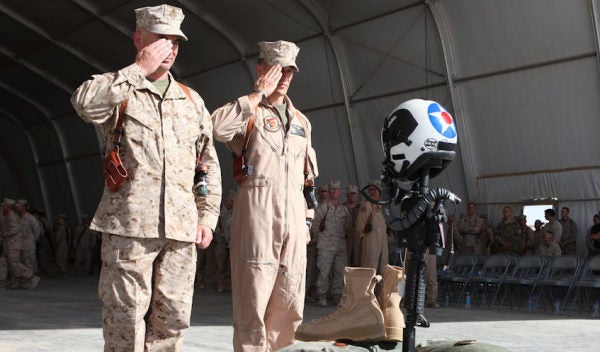 In the dead of night in September 2012, a U.S. Marine Corps outpost in Afghanistan awoke to the sound of gunfire and explosions. Taliban fighters had infiltrated Camp Bastion and were destroying high-value AV-8B Harrier Jump Jets sitting on the tarmac. The squadron commander of Marine Attack Squadron 211, deployed to Bastionin support of ground operations in Afghanistan, ran towards the sounds of chaos with only a pistol, organizing Marines to repel the attack before he was fatally wounded.