UNSUNG HEROES: The Guardsman Who Saved His Crew From A Live Grenade Inside A Tank

“Clank,” went the first grenade, as it ricocheted off the tank’s turret. Spc. Brian Sheetz pictured here. The men knew... 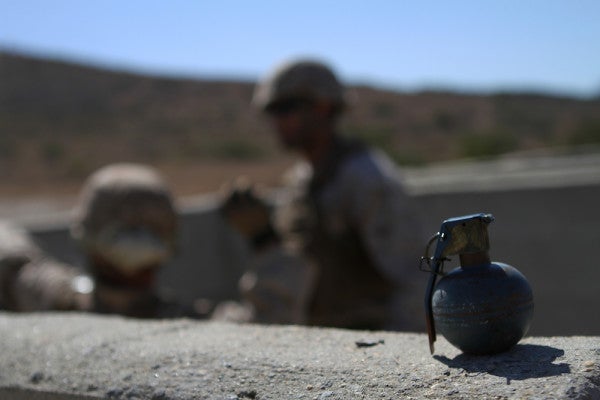 “Clank,” went the first grenade, as it ricocheted off the tank’s turret.

The men knew the road they were on was dangerous. They were in the heart of Iraq’s Sunni Triangle. This was Saddam Hussein’s former stronghold and the insurgency was thriving here. This particular road had been nicknamed “IED Alley.”

It was Feb. 27, 2006, and tensions were high. Five days earlier, Sunni extremists had bombed the gilded dome of the Samarra's Askariya shrine, an attack that would unleash devastating sectarian violence throughout the country.

Spc. Brian Sheetz was among some 2,000 soldiers from the Pennsylvania Army National Guard’s 2nd Brigade Combat Team, 28th Infantry Division, who had been mobilized and deployed to Iraq eight months earlier. The mission of the 2/28 BCT was to help quell the insurgency and train Iraqi security forces.

For now, Sheetz was the loader on an M1A1 Abrams tank. He and his comrades were conducting 24-hour security operations in order to keep open a critical supply route near Camp Habbaniyah. The men were approximately 80 kilometers west of Baghdad.

The men had scarcely noticed the first grenade. “Unknown to the crew, insurgents were advancing on the tank's position with the intent to destroy the tank and kill the crewmembers,” states Sheetz’ award citation.

Sheetz had been looking out of the hatch. Suddenly, a second grenade fell inside the tank, landing at the feet of the gunner, tank commander, and Sheetz.

“With complete disregard for his safety to save his comrades' lives, the loader, Spc. Sheetz, quickly grabbed it and yelled ‘grenade.’ He then put himself between the grenade and the crew to ensure their safety while throwing it out of the loader's hatch,” the citation reads.

As Sheetz was releasing the grenade, it detonated in his hand. Shrapnel tore up his right hand and his face, and he lost vision in his left eye.

The other three men in the tank were uninjured. Sheetz is credited with saving their lives.

Sheetz doesn’t remember his thought process in picking up the grenade. He told a Pennsylvania newspaper, “I remember throwing it outside and seeing it detonate, but not picking it up.”

Despite his profuse bleeding and loss of vision, Sheetz wanted to stay and secure the area. Only upon the insistence of his tank commander was Sheetz medevac’d to the base for medical treatment. He was subsequently flown to a military hospital for surgeries to remove as much shrapnel as the doctors could.

Incredibly, Sheetz was back with his unit a week later. He served out the two remaining months of his deployment as a driver and radio operator.

For his actions, Sheetz received the Silver Star, the third-highest award given for valor. His award citation summarizes: “Specialist Sheetz is an ultimate example of what a true hero exemplifies for conspicuous gallantry in action at the risk of his life above and beyond the call of duty.”

Sheetz has since retired from the military. He went on to become a service officer at the Pennsylvania Department of Military and Veterans Affairs, working to help other veterans get the benefits to which they are entitled.

“He was playing hot potato with a live grenade,” said a spokesman for the Pennsylvania National Guard in an interview with a local paper. “God was on his side.”