UNSUNG HEROES: The Guardsman Who Died Saving An Afghan Child From Harm

Spc. Dennis Weichel, Jr., 29, was less than a month into his March 2012 deployment to Afghanistan when he and... 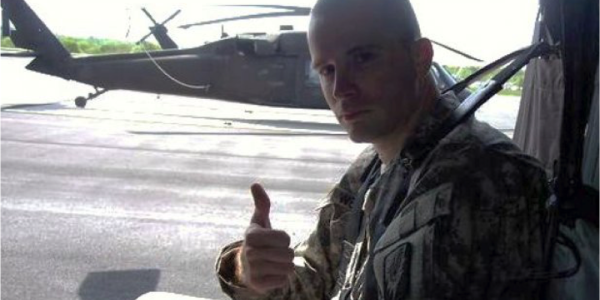 Spc. Dennis Weichel, Jr., 29, was less than a month into his March 2012 deployment to Afghanistan when he and other members of his unit noticed multiple Afghan children were running into the path of their convoy, according to an Army news release. They dismounted to direct the children to safety, as hulking MRAPs barrelled down on them.

The children complied. But one boy raced to pick up brass shell casings in the road, which Afghan civilians often recycle, reported CNN. Although the Army’s initial account stated that the rescued child was a girl, the Huffington Post later cited new details that the child was a boy. Weichel saw the boy head into the path of the approaching 16-ton MRAP and knew immediately what he had to do.

Weichel, who had a young son and two daughters of his own, as well as a fiancé, grabbed the boy out of the MRAP’s path in the nick of time.

In the next moment, the Afghan child was still alive and uninjured. But Weichel, run over by the massive truck, was mortally wounded. He was evacuated to a medical facility at Jalalabad Airfield, where he died from his injuries.

Staff Sgt. Ronald Corbett, who deployed to Iraq with Weichel in 2005, said his sacrifice was characteristic of Weichel’s attitude toward others. “He would have done it for anybody,” Corbett told the Army. “That was the way he was. He would give you the shirt off his back if you needed it.”

Weichel, who proudly wore a Superman tattoo on his right arm, was posthumously promoted to the rank of sergeant and awarded the Bronze Star.

At his funeral service, National Guard Chaplain Capt. Timothy Bourquin read aloud a letter written by Weichel’s son Nicholas, reported by the Daily Mail. “I really, really miss you,” read a portion of that letter. “I promise I will protect my sisters, Hope and Madison, like you told me to. You are my hero. I know you are in heaven watching over me. You are the brightest star.”

Nicholas Weichel, son of Rhode Island National Guard Sgt. Dennis Weichel Jr., who was killed in Afghanistan, stands next to his father's casket during funeral services at the state Veterans Cemetery in Exeter, R.I., Monday, April 2, 2012.